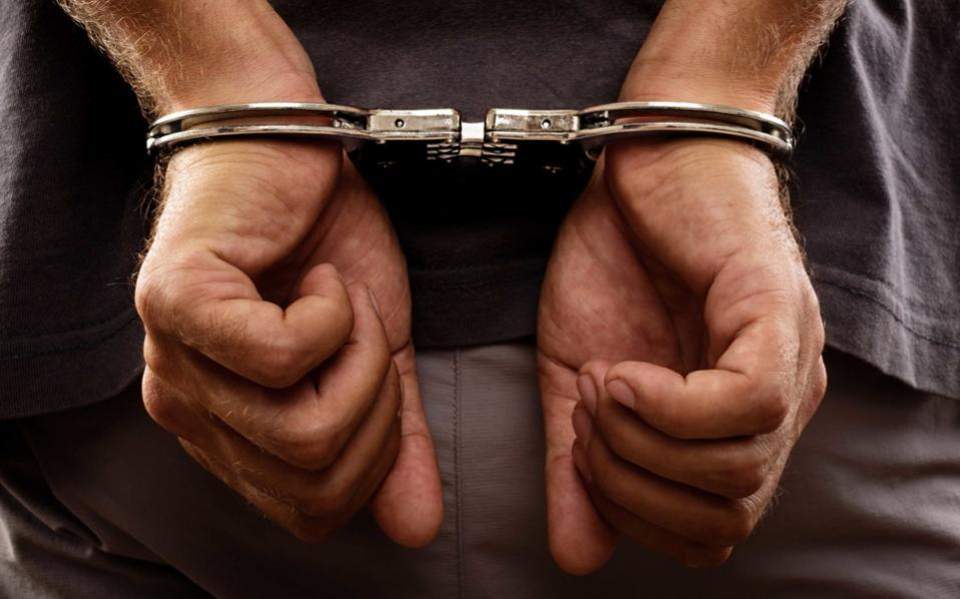 After allegedly swindling and raping ladies in search of a life partner on social media, self-acclaimed prophet, Williams Benard, has been arrested.

The suspect, Williams Benard, who operated as Evans Joris, a pseudo name on his Facebook account, was arrested by the Isheri-Oshun Police Station in Lagos, where he and a member of his syndicate are being interrogated.

Investigations by the police showed that the suspect’s mode of operation was to send friend requests to his female victims and offer business proposal or marriage promises. He would earn the victim’s trust, after which he would invite them to a hotel room where the syndicate would rape them and take their nude photographs, which they would threaten to post on social media if they raise any alarm. With the nude photographs, Evans and his other gang member would begin to blackmail their victims, extorting huge sums of money from them.

Williams however met his Waterloo when he and his members raped a 19-year-old girl and started blackmailing with her nude photos.

Recounting her experience, his last victim who gave her name as Glory, said

“I live at Ikotun area of Lagos. I met Williams Benard on the social media. He said he was a tiller and a prophet. We were chatting on Facebook until he asked me to become his lover and I declined the proposal and warned him to stop chatting with me. I eventually blocked him on my Facebook. Few days later, a man sent me a friend request from the USA and I accepted his request, we started chatting. Few days after we became friends, the man told me that he would like to marry me and I was so happy, but I told the man that I should be 20 before the marriage.

I used to be a plumber, says Sanwo-Olu

“One day, the man said he would send me an iPhone and laptop so that I can communicate effectively with him. He later sent a phone number of the person that I should collect the items from. When I dialed the number, it happened to be that of Williams Benard whom I had warned to stay away from me. On phone, he described our reunion as a coincidence and that his blood brother informed him that he has proposed to marry me. He gave me appointment in a hotel to meet him for the items. When I arrived the hotel, Benard said he was shocked that the courier service that was bringing the items had returned it to Abuja and that he needed N20,000 to send to the courier service to enable them bring the goods to Lagos.

“I took Benard to my aunt who gave him the money. He invited me to have a meeting in the hotel to have some discussion. I did not suspect anything as I thought he was genuine. When I arrived the hotel room, he started shouting and asking why I decided to tarnish his name before his elder brother, as I was asking what he meant, he brought out a bottle and threatened to kill me if I did not cooperate with him. He commanded me to remove my clothes or risk being stabbed to death.

“He raped me and took my nude photographs and threatened to upload it on the social media if I dare tell my aunt, relatives and the police about it. That was how he turned me to a sex slave. Any time he needed me, he would tell me stories that someone mistakenly saw my nude photograph and wanted to post it on the social media. I would run to him and he would show me somebody and after sleeping with me, he would ask the person to have sex with me as well.

“The first time, the person he invited refused to sleep with me, but promised not to upload the photograph. The second time he invited another person and told me the same story that the person wanted to upload my nude photographs on the social media. It was on a Sunday, the two of them slept with me till Monday morning. Because I did not go back home that Sunday, my aunt raised the alarm and other relatives came and the case of missing person was lodged at the police station. The police advised my family to wait for 24 hours to see if I would come back home.

“When I came home on Monday morning, my family members had gathered and started asking questions, but initially, I was scared to spill the beans because I was afraid of their threat. It was when one of my brothers threatened to beat me up if I did not talk that I opened up.”

Confirming the incident, the spokesperson of the state police command, Bala Elkana, said investigations are ongoing to determine and arrest other members of his gang. He said they would all be charged to court once investigations are completed.