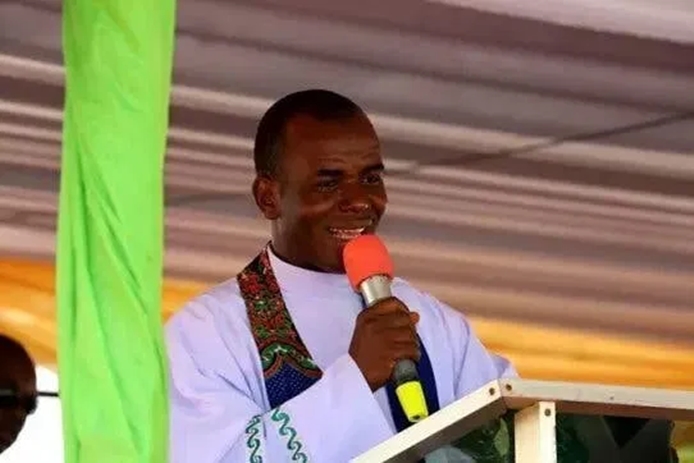 In other to avoid incurring divine wrath, Rev. Fr. Ejikeb Mbaka, founder of Adoration Ministry Enugu, Nigeria, AMEN, Enugu, has cautioned those he described as his detractors to desist from plotting evil against him and his ministry.

The controversial fiery priest gave the warning in a homely he titled “save me Lord” during his first service, five months after the ministry programme was shut in compliance with official COVID-19 safety protocol.

Mbaka warned that those who had towed the path of attacking him in the past did not live to tell their story and warned his attackers to be careful. “Like you know, whenever we declare prophecy here, the whole country goes gaga and they begin to plan evil. But woe betides whoever that should allow himself to be used to try any attack on me or this ministry.

“You may not like me; I may not be among those you consider as good people, but I know that God is using me to save people and minister succour to mankind”, Mbaka said.

Going down memory lane, he recalled how a certain diabolic kinsman had sworn that he would not live to mark his silver jubilee priestly anniversary, but said noted God shamed the devil by keeping him beyond the date, saying that the date had since passed, July 29, 2020 and counting. Fr Mbaka was ordained a Catholic priest on July 29, 1995 under the diocese of Enugu. But for the ravaging effect of the COVID-19 outbreak, the celibate cleric and industrialist would have been treated to a massive priestly Silver Jubilee anniversary celebration in July.