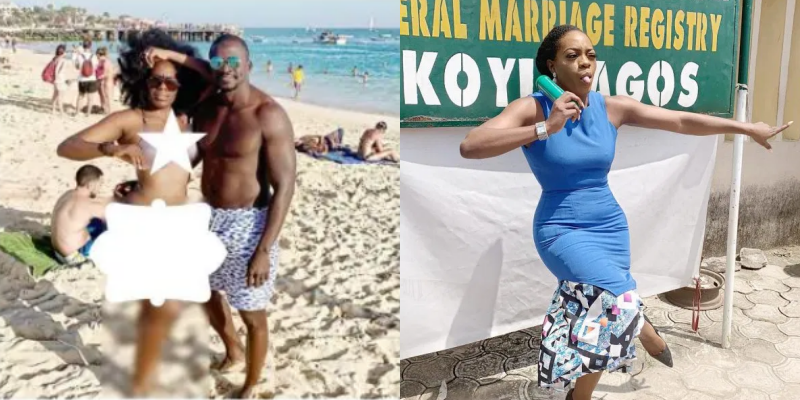 Media personality, Shade Ladipo talks about what she has learnt about marriage

On Air Personality and Corporate compere, Shade Ladipo has opened up on one important lesson she’s learnt about marriage barely two years after she walked down the aisle.

The Yoruba born media personality took to her Instagram stories to reveal that she now understands why some marriages crash, 3 years after.

“Until you get married before you can comprehend somethings about marriage. Let’s say, now i understand why some people’s marriages end after three years.” She wrote

This is coming barely two years after she said “i do” to her man, Jide.

Within Nigeria recounts that Shade and Jide got married legally in November, 2018 after Shade called off her first engagement to another man.

Recall that the couple went for their honeymoon a year after they got married.

In 2019, Shade shared a loved up photo with her husband at a beach in Cape Verde, she disclosed that their one year of marriage has been the best ride ever.

“Honeymoon 1yr Later. Busy and Working on both ends. Don’t allow anybody tell you when. Do you and do you with your chest. One year of marriage has been the best ride ever and I’m doing it on my terms with the Moslem Husband that God assigned to me. Am I having fun? Yes. Has it been tough? Yes. Would I change it for anything? No. Love you plenty Mr. B”