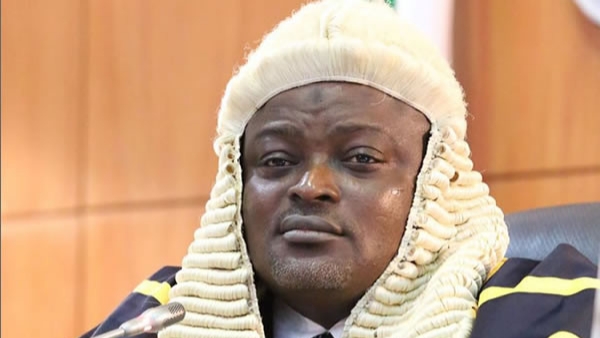 Following the ongoing controversies surrounding the Speaker of Lagos House of Assembly, Hon. Mudashiru Ajayi Obasa, his colleagues have vowed to support him in his political journey as well as constantly set the records straight where necessary.

His colleagues who are lawyers made the vow during their solidarity visit to the Speaker at his office.

While making the vow, the lawyers lamented the damage fake and unverified news have done to Nigeria and the psyche of the people of the country.

They said the solidarity visit, apart from standing with him, was an opportunity to confirm that Obasa, who is the chairman of the Conference of Speakers of State Legislatures in Nigeria, graduated from the Law School against claims by an online medium, Sahara Reporters.

They also presented copies of journals with the photograph of the Speaker and others in the set at the period in Law School.

The lawyers were led by Barrister Benjamin Waive, who had earlier denounced the story by Sahara Reporters that the Speaker did not attend law school.

I was called to Bar same day with Lagos speaker, Lawyer reveals

The former school mates told the Speaker that they were appalled by the story.

They assured the Speaker that they are willing to go to any length to prove to the world that he was their colleague at the school.

One of the lawyers, Barrister Lawrence Kelechi Nweke, told the Speaker he was willing to offer his service free-of-charge to defend him at any law court.

Another member of the team, Chief K. E. F. Ntong, gave the Speaker a photocopy of Nigerian Law School Year Book – 2008-2009 which shows the names and pictures of members of that year set including that of the Speaker which was on page 214.

Obasa thanked the lawyers for the visit and told them he was not perturbed by the fake story and others churned out about him.

According to him, those behind the fake stories are people he has stepped on their toes in the course of his oversight functions as a lawmaker and some politicians who are threatened by his rising profile.