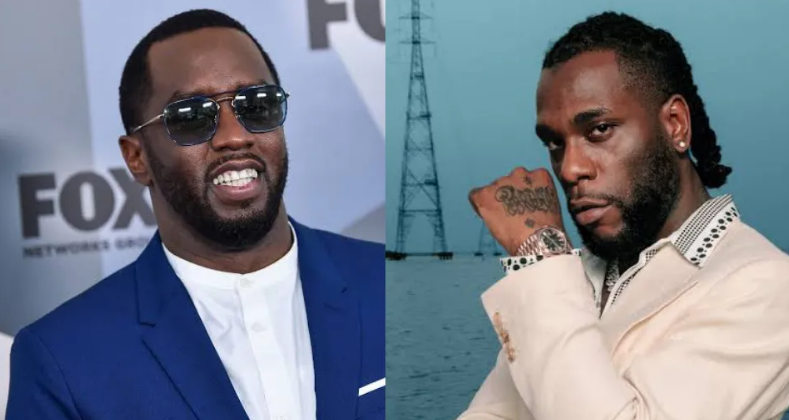 “Album of The Year” – Diddy endorses Burnaboy’s “Twice As Tall ”

As more celebrities continue to shower encomium on Burna Boy for his new album, American rapper, Sean Comb also called Diddy has declared that Burnaboy’s album,  “Twice As Tall ” is the Album of The Year.

Diddy took to Twitter to endorse the new album which he produced. The New Album, Twice As Tall has gained over 5 million Streams in a single hour after it’s release.

The album which was recorded in Lagos during the COVID-19 pandemic is expected to outperform Burna’s last year’s album, The African Giant. 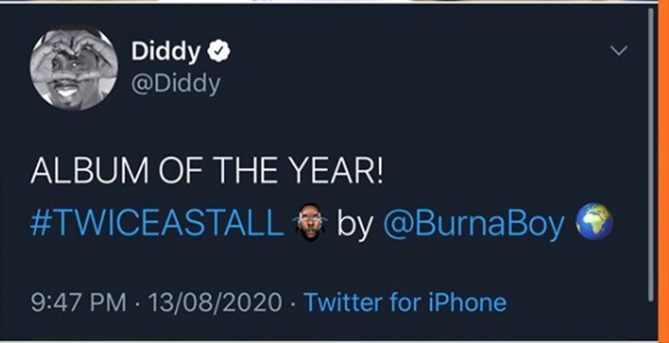 ‘My DMs are flooded’ – Rapper, Cardi B says…

Read all she said below;

“I love Beyonce as the next person but you are wrong with this ..Beyonce-endorsed Burna Boy “makes” a whole AFROBEAT go international. such a think piece let down by the headline. Do better.”