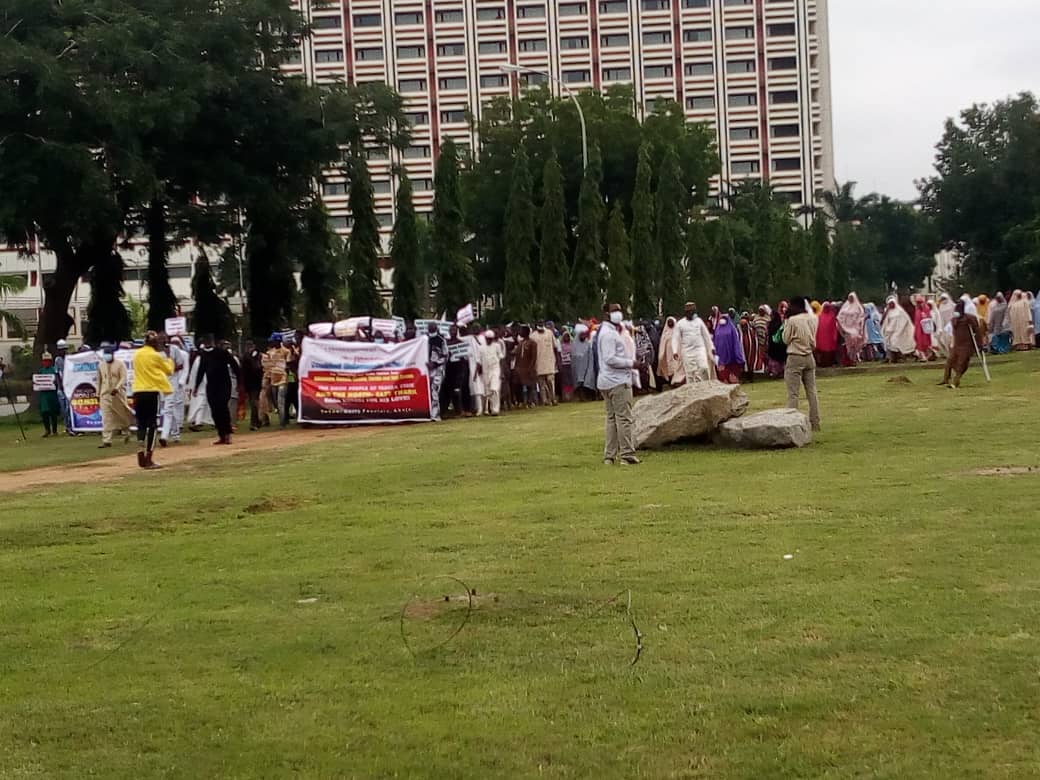 Insecurity: Citizens of Adamawa, Yobe, others hold ‘Thank You Rally’ to President Buhari over return of peace

No fewer than 5,000 Nigerians from five states in the northeast, on Thursday, held a ‘Thank You Rally’ to the Aso Villa in appreciation of President Muhammadu Buhari over return of peace to their states.

They comprised of natives of Adamawa, Bauchi, Gombe, Taraba and Yobe States, who were once under the shackles of Boko Haram terrorists.

In his address, Coordinator, Adamu Kabir said by restoring normalcy to these five states, the president has kept his promise to the people of the region who showed so much confidence in him.

Adamu, on behalf of the Concerned Citizens of Adamawa, Bauchi, Gombe, Taraba and Yobe States admitted that the era of multiple bombings, terror and bloodshed is now in the past.

“We here today represent the elders, non-partisan and socio-cultural organizations, women and children  from the states which have been fully liberated from the claws of terrorism,” he said.

“This delegation of 5,000 men and women and great citizen of this country is our humble show of appreciation to your efforts, MR. President Sir. This has been made possible by your unwavering commitment and resolve to bequeath us a country that we all craves for.

“Mr president we are indeed very grateful for keeping to your promise of restoring peace and security to the North-East region. You assured that you will deal with the Boko Haram menace and true to your words you have done just that. You are indeed ‘Mai Gaskiya’.

“Our solidarity here today is informed by the need to thank you and to equally ask for more as peace has continued to return to our various states. We appreciate that you are making a lot of effort to equip the military and other security agencies. We appreciate your effort in setting up the North East Development Commission (NEDC), a great intervention that has helped greatly in restoring peace through development. Our people no doubt have not had it this good in a very very long while.” 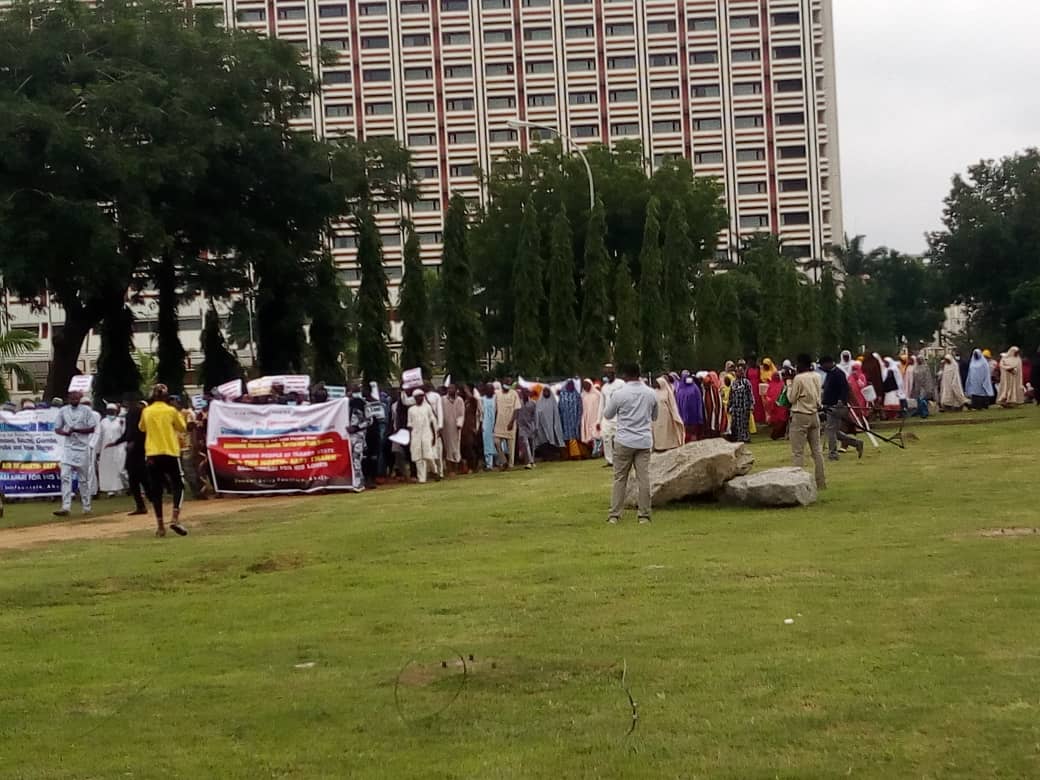 The group also praised the governors of these five states for supporting the president and the Nigerian Army, ensuring lasting peace returns to their domains.

Adamu’s words, “In all of these we are not unmindful of the impact of the cooperation of our various state Governors with your government in other to achieve this peace. We commend our various governors for their cooperation and smooth working with the Federal Government plue cooperation with the army and other security agencies.

“This cooperation is a major pillar in the task to restore normalcy to the north east. This symbiotic relationship across the northeast is a major reason for the elimination of Boko Haram in our states. It has always been clear to us, that to win the war against the terrorist our unity as a people and cooperation with the FG and our great military is very important.”

The citizens, however, appealed to President Buhari to continue his rebuilding and rehabilitation efforts in these states, providing the necessary funding for the troops and NEDC.

“We appreciate you today Mr. President and want to ask that you do not relent in your effort at providing more funding to the NEDC and security agencies working to tackle security in the North East. We ask that you continue to use your great office to rally the leaders and people of the North-East together to be united in their fight against terrorism.

“Mr President, once again we say we are very grateful for all your efforts that are now yielding good results in our various states. This is priceless to a lot of us here, considering where we were only a few years ago.”