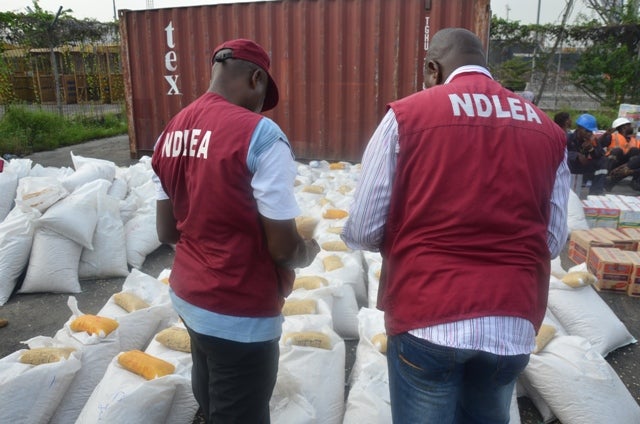 The National Drug Law Enforcement Agency (NDLEA) on Thursday said it has arrested 21 suspected Boko Haram drug suppliers in Jalingo after it busted the covert channel through which they make supply to the terrorists.

Mr John Achema, the Head of Public Affairs, NDLEA made the disclosure in an Interview with the News Agency of Nigeria (NAN) on Thursday in Abuja.

Achema said the suspects were arrested during a sting operation by the anti-narcotic operatives of the agency.

He said that 229.6kg of hard drug and other psychotropic substances were recovered them.

He said that the suspects confessed to the crime adding that they had been in the business of supplying hard drug to the insurgents for some time.

According to him, the kingpin of the group blamed unemployment for his involvement in the illicit drug trafficking.

Achema said 153 compressed blocks of cannabis sativa (marijuana) was recovered from the kingpin.

“Nine of the suspects have been charged to court in Jalingo, while others are still under investigations,’’ he said.