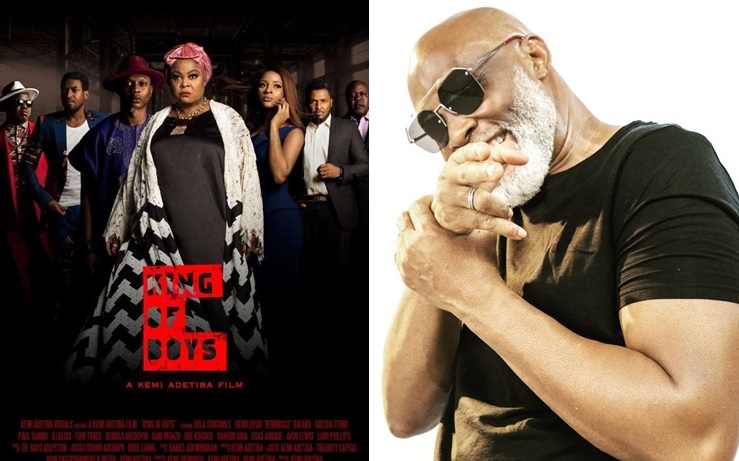 Nigerian filmmaker, Kemi Adetiba, has taken to her social media page to reveal that veteran Nollywood star, Richard Mofe-Damijo (RMD), will make the cast for the sequel to her much-anticipated movie ‘King of Boys’.

Kemi made this known on Thursday where she broke the news via her Instagram page in excitement.

She wrote: “RMD in my film? Somebody pinch me, I can’t wait” on what seems to be the film’s script.”

‘King of Boys’ follows the story of a businesswoman who gets caught up in power tussle and trust game that eventually threatens everything around her on account of her growing political ambition.

It has since met widespread acceptance among film lovers and was enlisted among the Nigerian movies screened for the second edition of California’s Nollywood in Hollywood film showcase.

RMD’s role in the movie’s sequel is, however, yet to be disclosed. Some notable figures who starred in ‘King of Boys 2’s prequel are Sola Sobowale, Adesua Etomi, Jide Kosoko, Osas Ighodaro, Illbliss, and Reminisce.