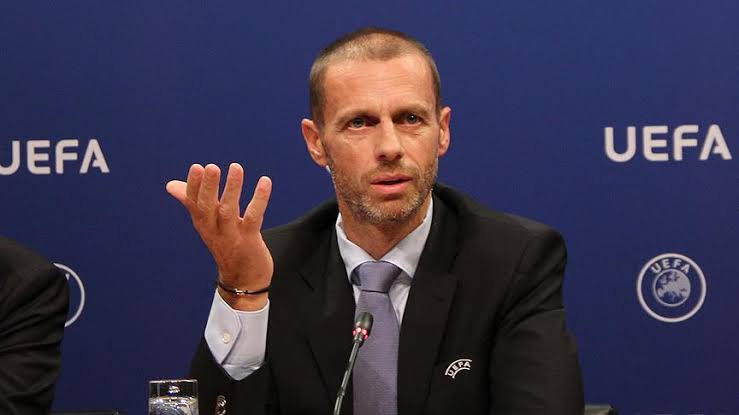 UEFA president Aleksander Ceferin has revealed that the football body are considering making one-legged Champions League and Europa League ties a permanent feature of the tournaments.

Traditionally the knockout stages in both competitions contain a home and away leg, with the aggregate winners progressing to the next stage.

Unfortunately, due to the coronavirus pandemic the format was changed this season, with ties from the quarter-final stage onwards on-legged affairs, held in Portugal for the Champions League and Germany for the Europa League.

Speaking to AP, Ceferin admitted he has enjoyed the one-off matches, and thinks they could well be here to stay.

“I have to say that this system of one match seems more interesting to me than the other system with two legged matches,” he said.

“It’s one of the interesting things that was brought by this pandemic. We had to do a system like that. We had to play this way, but at the end, we see it’s a very interesting system.

“Now, it’s quite complicated to place a final eight in the calendar. But we saw that people want exciting matches, that in one match, every team can beat every team in Champions League or the Europa League.

“So it’s something to consider for the future … I think in September or October, we have to start to seriously speak.

“Even though you have less matches, the value can be higher if promoted properly. I see my friends from football and out of football calling me and texting me and they are all extremely excited about this system. Not so much tactics.”

Bayern will be hoping to secure a second treble while PSG will become the second French side after Marseille to be crowned Champions League winners.