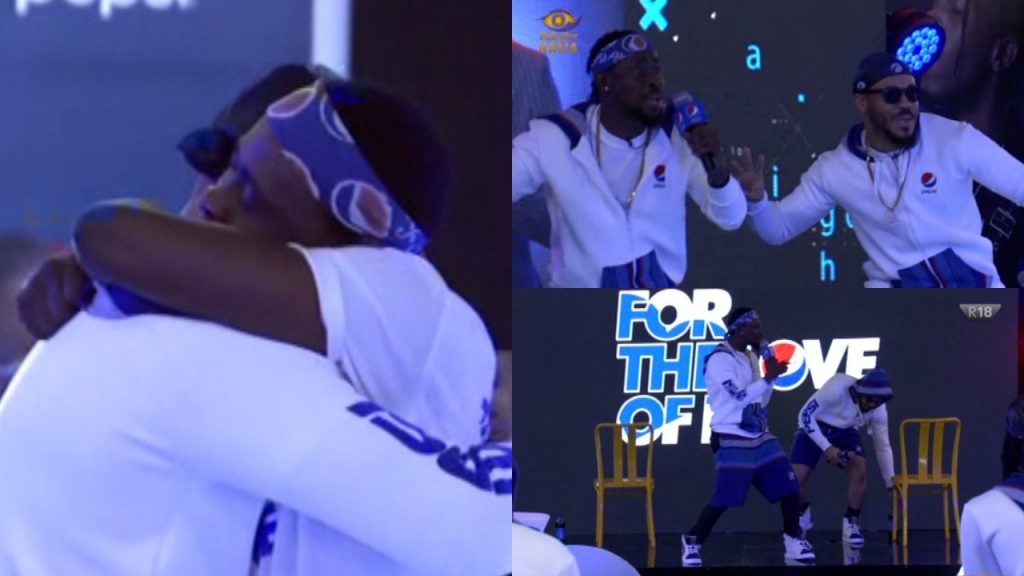 Big Brother Naija, BBNaija Lockdown housemates, Ozo and Trikytee have won N1milliom each and an all-expense paid trip to Dubai after a sizzling performance.

The lucky housemates won the cash prize alongside an all-expense paid trip to Dubai for music festival and a year supply of Pepsi beverages.

Ozo and Trikytee were paired as ‘Team Tekno’ to perform one of his songs, which they did excellently and mastered the lyrics.

They won the singing task while Team Tiwa, which had Nengi and Prince won the puzzle task.

Trikytee, reacting said: “I’m so happy, I’ve never gone on an international flight before. Thank you.”

Meanwhile, Burna Boy during their task advised the housemates and played some songs in his new album ‘Twice as Tall’

#RenosNuggets: Bride Price Is Only Paid For Virgins, Omokri Sparks…

In a short clip, the ‘African Giant’ advised housemates to keep their heads up while in the show.

“Keep your head up and stay twice as tall. Now you know what it means,” Burna boy added.