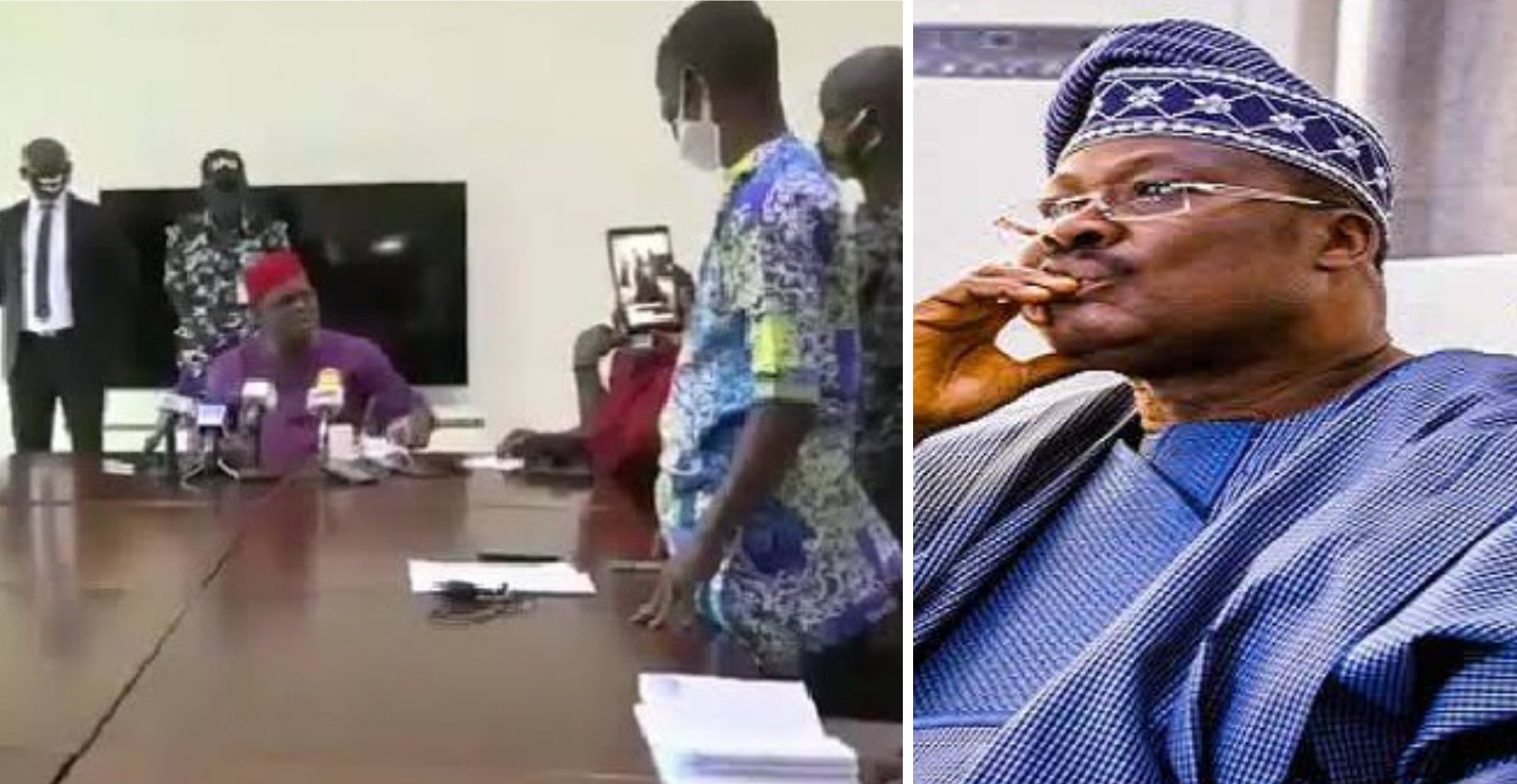 I watched irritatingly the video where Ex-Minister of Aviation, Femi Fani-Kayode verbally assaulted a journalist with Dailytrust who in the course of his job inquired to know who was bankrolling Fani-kayode’s tour.

Apparently, it a no surprise to me seeing Femi, a man of social media paparazzi in that show of shame and condemnation.

It no gainsaid, he has proven with his outburst that he is an example of what a leader should not be because traditionally today’s media has a vital role to play as public watchdog in imparting information of serious public concern and should not be inhibited or intimidated from playing that role.

Sadly, I berate other Journalists at the Press conference who instead of backing their colleague also condemned Charles for his question.

Journalism in Nigeria is gradually being annihilate and losing its stand as I don’t see something like this happening in developed nations. Nigeria’s Journalism is fast becoming totally irrelevant because of the type of leadership we practice.

Fani-kayode has just portrayed himself in a very bad light. He opened his mouth and disaster jumped out of it, dismissive of the feelings of the people, completely showing in arrogance and pomposity, and expecting to be treated as though they were deities.

I wasn’t taken aback though because I have keenly monitored his oblique stances on national issues.

May I tell Femi that “If we desire respect for the law, we must first make the law respectable” as criticism cannot be taken away from media and a figure like his calibre but his outburst tells he cannot handle criticism, hence cannot be a leader. He doesn’t care using sledgehammer to exterminate a fly when it comes to criticism.

Femi reminded Nigerians of the late former governor of Oyo state, Abiola Ajimobi (May his soul rest in peace).

In the political history of Oyo state, no governor has received the favor and blessings of God than Senator Isiak Abiola Ajimobi. In situations where his predecessors have failed; Ajimobi has succeeded. The second term which consumed many past governors, Ajimobi transversed unhurt.

But rather than appreciate God’s preferential favor and blessings upon his life; he has over the years shown boorishness through his attitude and also exhibited great disdain to fellow beings.

He sees himself as the ‘Alpha and Omega’ of Oyo state.

I can say categorically that Ajimobi’s arrogance and reckless speeches were mainly responsible for the defeat he suffered from the candidate of the Peoples Democratic Party (PDP), Kola Balogun.

Ajimobi’s party would have won the three senatorial seats at the upper chamber of the National Assembly but the late former governor orchestrated his own defeat by arrogance.

Infact, some partly attributed the Ajimobi’s engagements to the defeat of the then governorship candidate, Penkelemesi to Seyi Makinde.

The major characters Femi shares with the late former Oyo Governor; the garrulous, voluble nature and they are both non-apologists.

The feeling that they were defending themselves, standing their ground, or not giving in made them feel good about themselves.

Despite several counsels to the late former Oyo governor to apologise to the Students of LAUTECH, following his public display of executive arrogance and tyranny over the closure of their school, he remained recalcitrant.

He lived on the Political fallacy that ‘Politicians don’t issue apologies, they only blame the opposition, and the economy.”

He maintained that what he did was in the context of a Yoruba man and Yoruba children.

Ajimobi earned a few foes for his confrontational mien and aggressive style of leadership.

The demolition of Yinka Ayefele’s Fresh FM radio station remains fresh in the memory of Oyo residents. He reportedly mocked Mr Ayefele as “cripple breaching state’s law.” These and many others were trailing after his death.

Woefully, I sympathize with Femi-Fani-kayode plying this direction ahead of his political voyage, to say Fani-kayode is arrogant and loquacious is stating the fact and humility isn’t one of his greatest virtues. Instead, complete self-assuredness bordering on smug, condescending arrogance are now the hallmark of his demeanor.

Femi will need to come down from his high horse and issue an apology for his unwarranted statements or Nigerians have him on the watchlist like the late Ajimobi. See you soon!