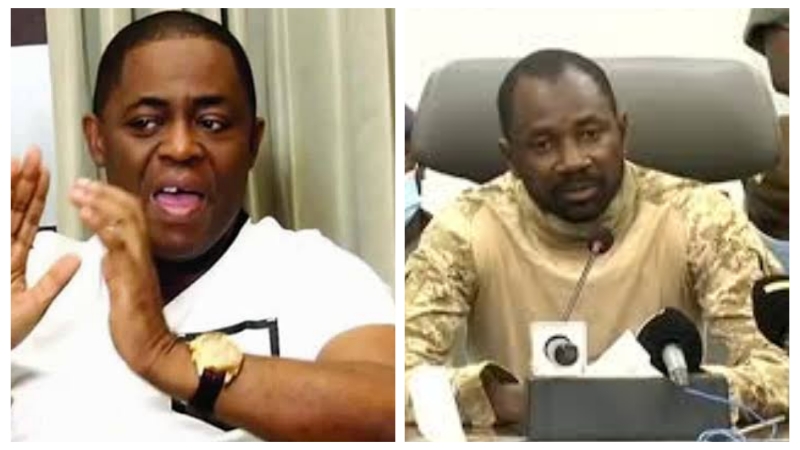 FFK, others calling for ‘Junta’ in Nigeria, who will lead?

Some days ago, Mali became an orphan after some military officers took over the affairs of the nation following protests. The military accused the politicians of corruption and uneven milking of the nation’s treasury. World leaders have called on Nigeria and her President, Buhari to intervene into the political crisis. Unfortunately, the supposed giant of Africa shares same fate with Mali. Nigeria became a double orphan in 1966 when she lost her true parents. Eventhough civil rule returned in 1999 but it has been a tale of misrule, abuse of power, disrespect to rule of law and treating of the constitution like list of suggestions.

The call for Junta has began. When I read posts made by Femi Fani-Kayode and some top politicians in the country calling for revolution, I smiled. Femi Fani-Kayode stated that young soldiers led junta in Mali while Nigerian youths are watching BBNaija, a reality show. It is laughable that people who participated in the milking of nation’s treasury are also the ones complaining about the youths they made helpless. Nigeria is a ‘double orphan’ nation. Although citizens elect new leaders every election year but the abuse of authority for genuine change is still lost and emergence of titulars who are only responsible to group of people not the citizens have made it worse.

According to Oxford dictionary, Junta is defined as a military or political group that rules a country after taking power by force. It can also be defined as a council or committee for political or governmental purposes especially a group of persons controlling a government especially after a revolutionary seizure of power. Nigeria and juntas are inseparable. Femi Fani-Kayode as always was not clear about his position because he was part of those who brought Nigeria to her knees. I honestly believe that Femi Fani-Kayode firstly needs to apologise to Nigerians for his past contributions, clear his corruption cases in court and then make such position.
Five years, we witnessed a democratic junta. Nigerians sacked the Peoples Democratic Party after 16 years of inglorious rule. FFK was part of those who milked us dry and even employed himself as a true defender of the looters. Nigerians voted for All Progressives Congress who vowed to change the country within four years in office. They have spent five years and an average Nigerian still lives in penury and hunger. The administration has a figurative or titular head who receives orders/directives from a group of people.

Every government has cabals but the influence and power of the cabal is determined by the activeness of the head. Either we accept or not, there’s a silent political group/cabal who controls the affairs of the nation through the presidency. Recall that Aisha Buhari, wife of the president had raised the alarm in an event she attended that some cabals have hijacked the control of the country. She further stated that these people are not partymen nor physical contributors to her husband’s election yet they are the ones in charge of the affairs of the nation. Although the presidency refuted her claims but we all know that Aisha Buhari was right and she is still right.
Before the demise of Abba Kyari, there were insinuations from certain quarters that late Abba Kyari was the representative of the junta in Buhari’s administration. Late Abba Kyari was inarguably the most prominent Chief of staff in the history of Nigeria because a lot of Nigerians see him as an aide of a titular head. Besides the declaration of President Buhari that all ministries and heads of government parastatas must report to the office of Chief of staff, late Kyari was allegedly in charge of the presidency. Allegedly leaving the comfort and jurisdiction of his office to use the authority of the presidency even in high profile matters and deals. Nigeria might be practising democracy but to a lot of Nigerians, late Abba Kyari was an unelected president while he was alive.

Even though Femi Fani-Kayode’s ‘Junta statement’ may be seen as that of a jester or clown, it seems to be reiterating the call for Revolution in the hears Nigerian youths and some groups who have already devoted themselves for the fight of Revolution in Nigeria recently. Could it be that Femi Fani-Kayode has probably started the practicality of the call vis a vis his south tour which is quite unsual? The same youths who are unemployed, underpaid or still struggling in the four walls of tertiary institutions or the same youths Femi Fani-Kayode and his likes use as touts during elections. Did they react nicely to revolutionNow?