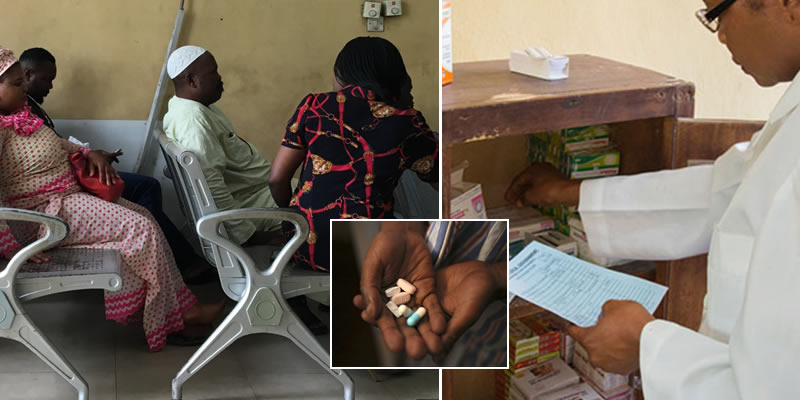 No fewer 1.9 million Nigerians are living with HIV/AIDs, Mrs. Roseline Solarin who is a paediatric nurse and HIV counsellor reveals.

Mrs. Solarin while citing UNAIDS and National Agency for the Control of AIDS statistics said the surge in HIV/AIDS was common among people within the ages of 15 and 49.

She added that Nigeria remained the highest HIV/AIDs endemic country in the world.

The Chief Nursing Officer who doubles as Chairperson of the National Association of Nigeria  Nurses and Midwifery Association of Nigeria (NANNM), Ogun State chapter spoke in Sagamu at the launch and public presentation of a book titled ‘Sex Education Made Easy,’ a manual to help parents teach sex education with confidence.

She urged the youths to abstain from sex until they were married, and where they could not help it, they should put safety first and wear protective gear – condoms, in order to protect their lives, health, and future.

Mrs. Solarin, while blaming the high rate of moral decadence in the country to the advent of the internet and social media, charged parents to be alive to their parental responsibilities, especially by giving them sex education.

“We parents are the first teachers to our children. We should not shy away from our responsibility, especially when it comes to sex education. If we refuse to teach them, other people will teach them in the wrong way.”

The book was written by a young Medical Doctor, Opeyemi Adeyemi, who through her new book, urged Nigerian parents to leave behind, their unhelpful century – old thinking and adopt a new mentality as called forth by the present times.

Mrs  Solarin identified stigmatization and homosexual practice as factors that have forced many people living HIV/AIDS to go underground thus, making it difficult for them to seek treatment, yet kept spreading the dreadful disease among the unsuspecting and adventurous youth population.

She said the book would equip parents with some needed skills to teach their wards sexual education a beneficial way.

The author, Dr. Opeyemi Adeyemi, lamented that men rarely come forward for sex education, and called for a change of attitude.

She said her book provides the right sex education that would help people guard against the unsafe sexual relationship, reduce the number of sexual partners, reduce unplanned pregnancy, and guard against STDs, rape among others.

She said, “both parents have to be involved in sex education. The father is as important as the mother, the mother is also as important as the father, so both parents have to come together and talk to their child about sex education by finding out what they know because you will be surprised about what these children already know and you need to take a step by teaching them what they don’t know, by correcting them some of the wrong information they have gotten”.

“For children who already having sex, there’s really nothing to hide again, you just have to go and tell them about what they have to know about a contraceptive, unwanted pregnancy. Tell them about the bright future you have for them and why you want them to stay on the right path”

“Sex education goes beyond sex, it’s about different topics like body image, body positivity and all of that”.

UNICEF has come out with statistics, which indicated that “one in three girls and one in six boys are being molested before the age of 18, that is a big number”.

There is a mental side of child abuse and sexual assault if you do not speak about it that child might not find healing, so it’s very important we speak to the right authority by ensuring we get justice for that child because such a child shouldn’t be left without justice.

She called on government at both the state and federal levels to re-examine its laws against rape and sexual assault to steam the ugly trend in the country.

“Government needs to reexamine its laws and policies on sexual assault because the policy that works ten years ago is different from the one that works right now”.