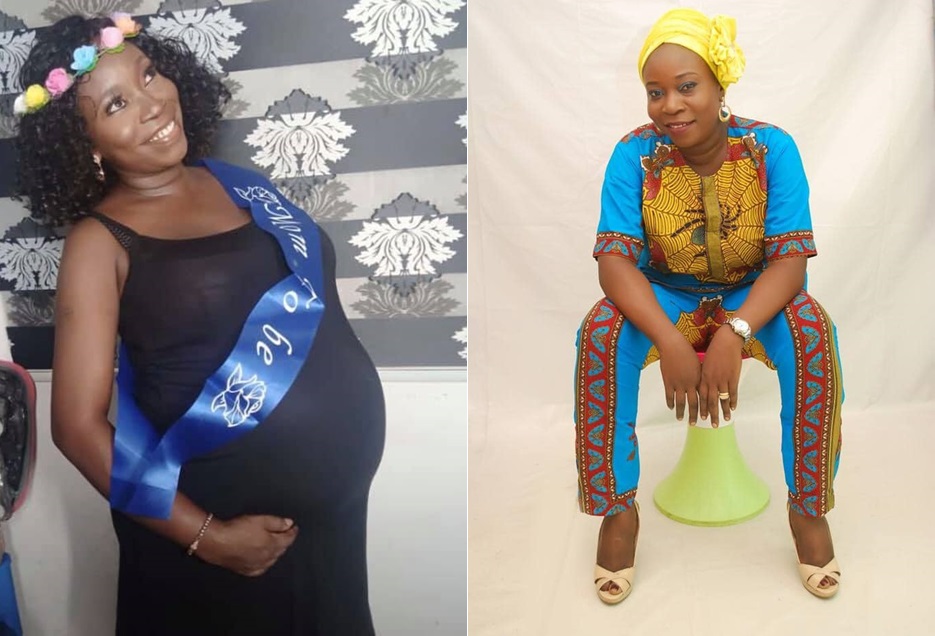 A woman, identified as Feyisara Afusat, has reportedly died after giving birth to quadruplets at Ayinke General Hospital in Lagos on Tuesday, August 25.

Feyisara delivered the babies, three girls and a boy, on Tuesday around 8am, but died at 9pm on the same day, after seven years of childlessness in her marriage.

Before the tragedy, the deceased was living and operating a shop at Olori Street, Shogunle area, Oshodi in Lagos state.

The moment that was supposed to be joyful has been overturned, throwing the family into mourning.

According to the gentleman who shared the tragic situation with newsmen, the children are currently at the Intensive Care Unit of the hospital.

It is reported that the Local government Chairman of Oshodi visited the mother of the deceased yesterday, August 26.

The gentleman who shared the story wrote,

A lady named Feyisara Afusat died after giving birth to Quadruplet at Ayinke on Tuesday. Ironically she died on her wedding anniversary after waiting for Seven solid years. She gave birth to 3 girls and 1 boy. She stays and operate a shop at Olori Street Shogunle Oshodi. We were rejoicing when she gave birth in the morning around 8am but our celebration was cut short by 9pm the same day. I want to indulge you to help investigate more and carry the news so that the left over children could get help. I want you do this as one of your social responsibility. The event was so pathetic and sad.

Friends and family members have also taken to their social media account to mourn the loss of Feyisara. 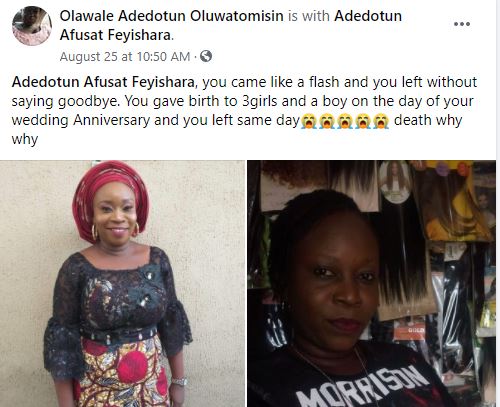 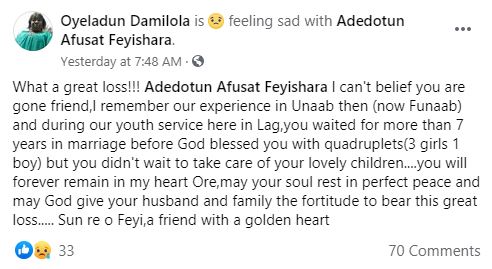