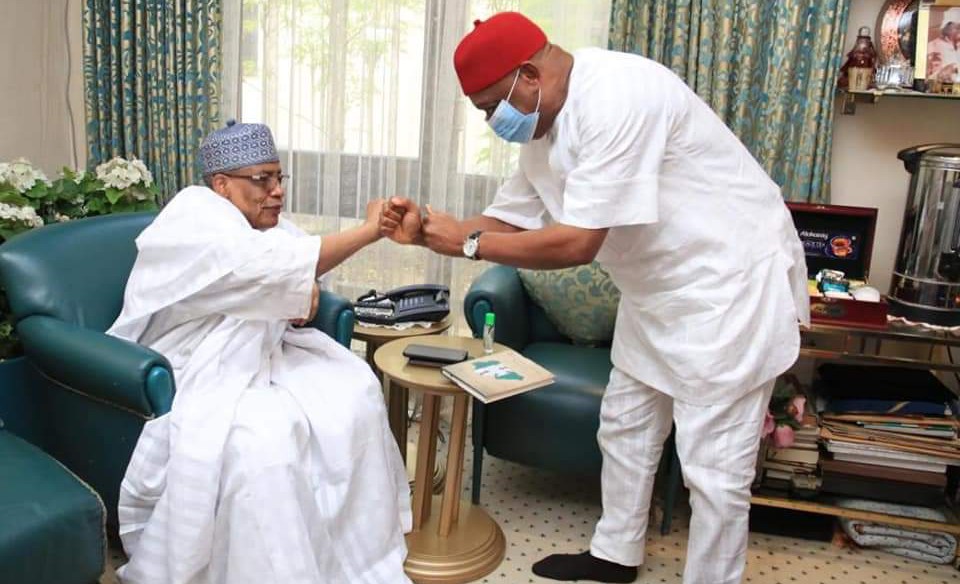 The Chief Whip of the Senate and former Governor of Abia State, Dr. Orji Uzor Kalu has arrived Minna, Niger state for his visit to his political leaders.

Kalu arrived at the power state at exactly 2 pm alongside political friends, associates, and aides.

The Senate Chief Whip is currently with the former Military head of state, General Ibrahim Babangida (IBB), after which he will proceed to the homes of former President of Nigeria and Military General, Abdulsalami Abubakar, Governor of Niger state Abubakar Sani Bello and Emir, Etsu of Lapai, Niger State.

Some believed his visit may not be unconnected to his 2023 unannounced presidential ambition.

Many Nigerians have suggested Kalu as one of the Presidential candidates in the 2023 general elections.

Several Prophets including Joshua Arogun who predicted the release of Uzor Kalu and victory of President Muhammadu Buhari in the 2015 general election had also predicted that Buhari’s successor is a former governor from the South who was held in prison and from all indications, he is referring to Senator Orji Uzor Kalu.