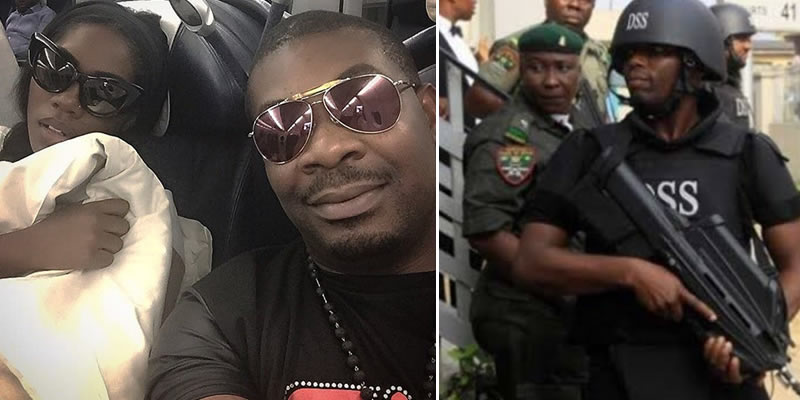 After reports that Music Executive, Don Jazzy and his former label artiste, Tiwa Savage have reportedly landed in DSS custody for quizzing over alleged political utterances against President Buhari’s Government on social media, the Department of State Services DSS and the Lagos State Police Command have denied reports.

Earlier today, some media outlets reported that Don Jazzy, Waje, Yemi Alade, and others were invited to the DSS office in Lagos state as well as the state police command where they were allegedly warned to be mindful of the kind of posts they make on social media, some of which are perceived to be against the Buhari-led government.

The report claimed that they were later summoned alongside singers Yemi Alade and Waje by Zubairu Muazu who is said to be the Lagos State Commissioner of Police.

However, in an interview with newsmen, the DSS spokesman, Peter Afunnaya, denied the report saying “We didn’t invite any musician.”

The spokesperson of the state police command, Bala Elkana, also denied claims the command invited Yemi Alade and Waje. Elkana said that Zubairu Muazu, who was said to have invited the singers, “ceased being CP more than 10 months ago.”

“The present CP is Hakeem Odumosu, who came in November last year. Zubairu Muazu has even retired from service; he retired as an AIG.”

When asked to confirm if the celebrities were invited by the Lagos State Police Command, Elkana said, “I’m not aware of any invitation.”