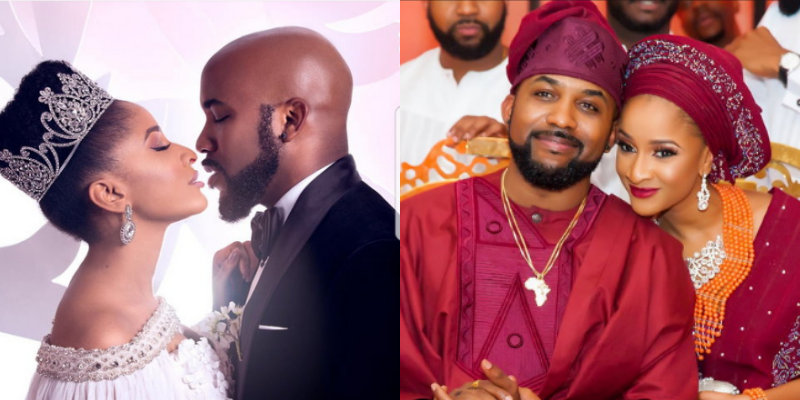 According to reports reaching Within Nigeria, star actress, Adesua Etomi Wellington and her star husband, Banky Wellington are allegedly expecting their first child.

According to sources close to the family, the couple are trying to keep it hush, hush for the now, just like they kept their engagement a top secret.

The source also alleged that she is in her second trimester and the couple are excited, as they can’t wait to birth their patter of tiny feet.

” Banky and Adesua are pregnant oh… In fact she is in her second trimester. The husband and wife are very excited but are keeping it a secret for now” The source alleged.

Within Nigeria recalls that Adesua Etomi  got engaged to Banky W in February 2017. The couple kept it a secret and to the surprise of their fans, held their traditional marriage on 19 November same year. Their court wedding  was held on 20 November and white wedding on 25 November 2017; the latter ceremony was held in Cape Town, South Africa.