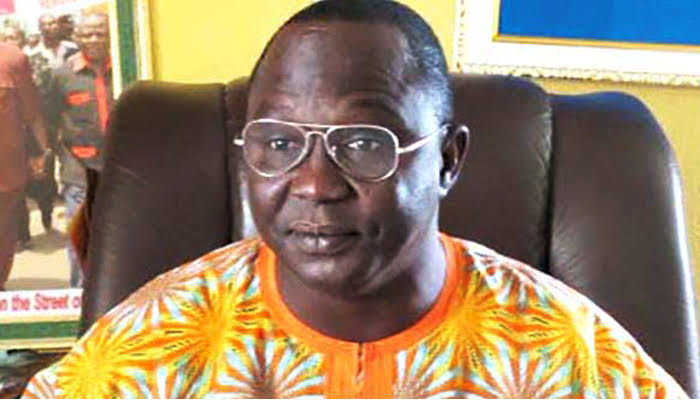 The Nigeria Labour Congress (NLC) on Friday called for the immediate reversal of litre price of Premium Motor Spirit popularly known as petrol to the old price of N121, failure which the Federal Government may incur the wrath of workers and other Nigerians.

The NLC President, Ayuba Wabba insisted that the new increase was unacceptable and will be challenged by the organised labour and other allies in the civil society soon. “We demand that the Federal Government reverts to the old price of N121 given during the lockdown associated with COVID-19 pandemic which Nigerians who were mainly confined in their houses hardly enjoyed,” he said.

He lamented that just as Nigerians are dealing with the recent hike in electricity tariff, the Federal Government on Wednesday released a new upwardly reviewed pricing band for the PMS, noting that this is the third increase in a space of about three months.

According to Wabba, the latest increase will be the last straw that would break the camel’s back.

He said, “As we have always maintained, the Nigeria Labour Congress will never accept the transfer of government incompetence on Nigerians through hike in the pump price of petrol. The incompetence of government in this regard is particularly manifest by the rundown of our public refineries and resort to the unscrupulous economics of fuel importation.

“At the risk of shouting ourselves hoarse, we reiterate that the increase in the pump price of petrol is simply the cost of profits made by countries that have enough sense to maintain refineries that refine our crude oil, the cost of sea freight of refined petrol, the cost of demurrage at our seaports when the refined products arrive, the cost of frequent devaluation of our national currency, and the cost of official corruption by gatekeepers managing the downstream petroleum sub-sector. Nigerians have groaned to pay these unjust costs for years.”

He said Nigerians are shocked and bewildered at this latest increase, adding that it is disheartening that despite the gale of opposition by labour and Nigerians to the previous hike in the price of petrol, government went ahead to add scorpion to the scourges on the back of Nigerians.

He stated, “This is indeed a whole new level of government insincerity and insensitivity. This latest increase in the price of petrol is indeed a crass display of complete apathy to the sufferings Nigerians are going through at this time. “While other countries also going through the blues of the COVID-19 pandemic are reducing taxes, increasing welfare benefits and providing palliatives to their citizens, our own government is reducing interest rates on savings by the poor, increasing taxes and hiking tariffs on essential goods and services. Nigerians have never had it so bad.”

He reasoned that it is sad that while poor Nigerians are being pilloried by the government of the day with obscene fiscal burdens, those connected to the highest echelons of political power are daily amassing public wealth and rubbing their illicit loot on the faces of the people.

“Hobbesian state of living appears to be the perfect metaphor for the state of affair today in Nigeria,” he said.

He however said labour is renewing call for a national conversation on the management of the country’s oil assets which must be in tandem with the provisions of the constitution which clearly mandate that the commanding heights of the national economy must be held by the government in the interest of the citizens of Nigeria.

He added, “We also demanded that our four national petroleum refineries must be fixed without any further delay. Nigerian workers want to be appraised of the timeline set by government to ensure that this is effectively done.

“Nigeria belongs to all of us. Workers are major stakeholders in the Nigerian project. Nigerian workers and people must not only be treated fairly, but must be seen to have been so treated by their government.”