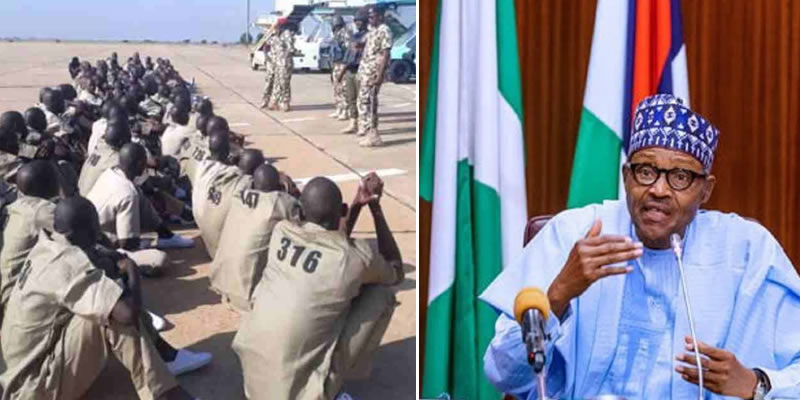 President Muhammadu Buhari has listed the controversial rehabilitation and reintegration of repentant Boko Haram members into the society as part of the achievements of his administration.

The President in his closing remarks on Tuesday at the ministerial retreat listed the policy alongside Second Niger Bridge, N2.3Trillion Economic Sustainability Plan and the responses of the government to the COVID-19 pandemic as part of the successes of the administration.

“We have also worked to address emergent cases of insecurity and insurgency in the country with innovative approaches such as “Operation Safe Corridor,” which de-radicalize, rehabilitate, and reintegrate willingly surrendered Boko Haram members into the larger society. Our security operations in the Niger Delta, North Central and North Western States are yielding desired results. We hope to get rid of bandits, kidnappers and other criminal elements in these regions,” he said.

The President in his speech also directed the Minister of Finance, Zainab Ahmed, Governor of Central Bank of Nigeria, Godwin Emefiele and other Ministeries involved to speed up the release of the N2.3Trillion Economic Sustainability Plan and the Capital Projects in the 2020 Budget.