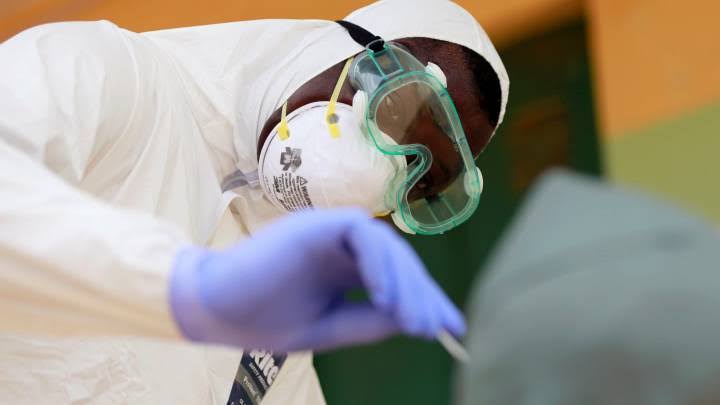 As Nigeria continues its fight against COVID-19, 296 new infections have been recorded in 14 states and the federal capital territory (FCT).

This was disclosed by the Nigeria Centre for Disease Control via its official Twitter handle in its update for September 8, 2020.

According to the NCDC, the Tuesday figure — the highest so far in September — saw a drop in the number of recoveries, as well as a spike in the count for Plateau state.

The breakdown revealed that 183 positive samples were for patients in Plateau, followed by Lagos with 33 and FCT with 25.

Several concerns have been raised in recent times over the increased cases in Plateau but the state government said the increase was as a result of backlogs.

Plateau had topped the list of states with new infections for more than one week between August 25 and September 1.

The Plateau commissioner for information and communication, Dan Manjang had explained the increase in the daily case count at the time.

“There is increase in community testing for the [virus] as Plateau State has 3 testing centres at NVRI Vom, Plateau State Specialist Hospital and Jos University Teaching Hospital,” Manjang had said.

“Due to slow pace of processing samples, not all test results are released immediately thereby resulting in backlogs.

“Whenever such backlogs are released, it accounts for the high figures recorded against the State by the NCDC which might be misconstrued as daily figures.”

However, the figures dropped afterwards, such that before September 8, Plateau’s daily infection count decreased to as low as zero on September 3 and 6, respectively, while as of Monday, the state recorded 25 new infections.

Meanwhile, a total of 103 patients were discharged across Nigeria on Tuesday, increasing the number of recoveries to 43,334.

Six new deaths were also recorded, and the total number of fatalities has risen to 1,067.

A total of 55,456 coronavirus infections have now been confirmed in the 36 states and the FCT.