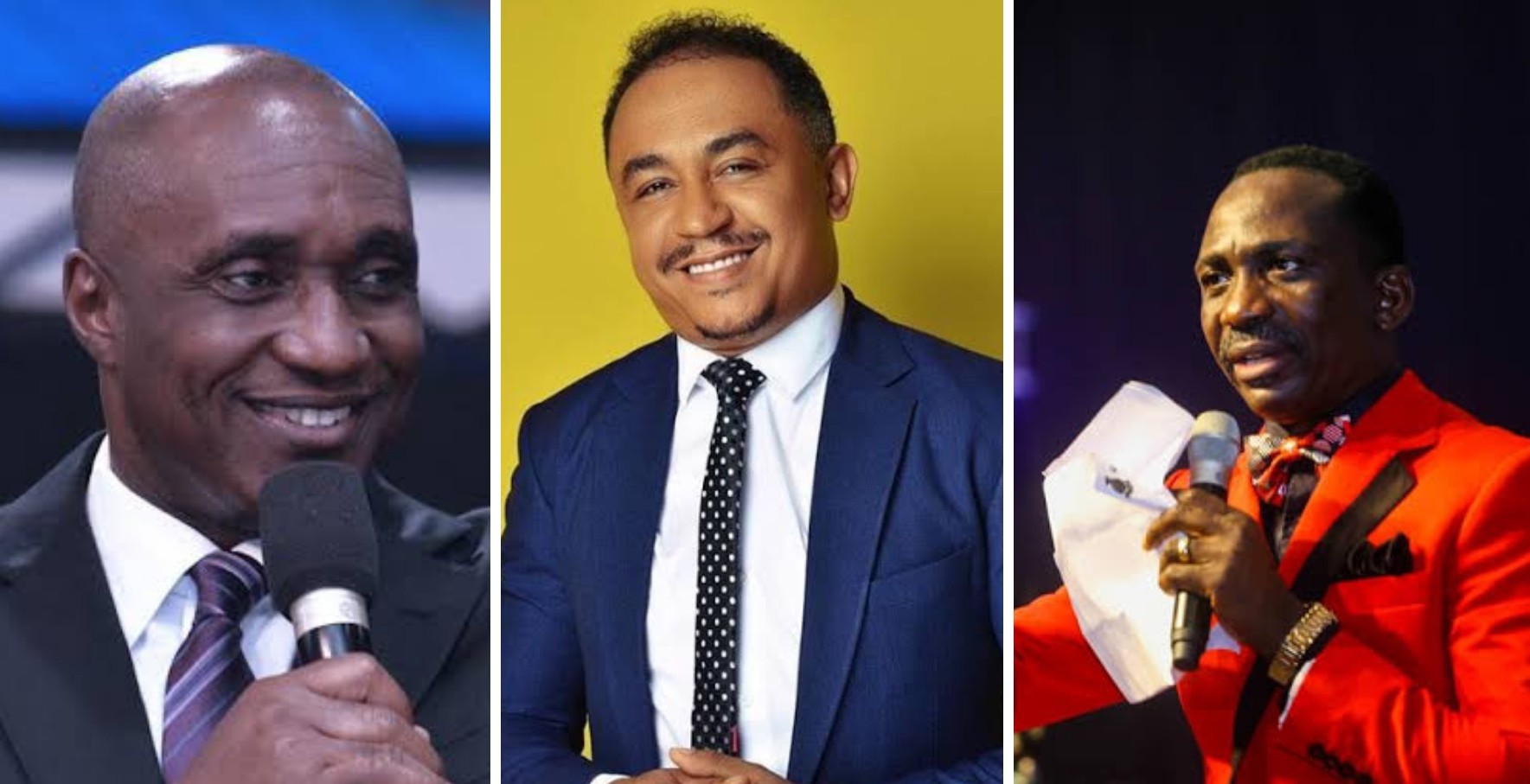 Freeze had in a video he made last three years ago, criticized Oyedepo’s teaching, calling him a ‘bald-headed fowl’.

The video however, resurfaced this year and generated negative comments against Freeze. Reacting, the Founder and General Overseer of Salvation Ministries, David Ibiyeomie, condemned Freeze for questioning and criticizing Oyedepo. He accused him of insulting Oyedepo.

Ibiyeomie called Freeze ‘a bastard’ son of a Somalian and a half caste, threatening to kill and tear him into pieces.

But, the heated controversies generated by Daddy Freeze’s insult on Bishop David Oyedepo of the Living Faith Church finally came to an end in view of his apology on Saturday.

In his apology, he was quoted to have told members of the public, that he made the statement more than two years ago.

Daddy Freeze to Nigerian Christians: Beg your pastors not to stop…

Dear Pastor Ibiyeomie, you can not kill Daddy Freeze

Daddy Freeze acknowledged that he never intended to embarrass or malign Bishop Oyedepo.

Meanwhile, Bamgbose, a senior lawyer, advised that Freeze’s apology should be accepted, while urging Pastor Ibiyeomie and Enenche not to feel justified for attacking the controversial OAP.

“Let’s set the matter straight, there was no scriptural justification whatsoever, for attacking Daddy Freeze, in the first instance. Pastor Ibiyeomie called him a bastard, Pastor Enenche referred to him as a mad dog,” Bamgbose told DAILY POST on Sunday.

“These statements shouldn’t have come up. Daddy Freeze is a social commentator, not a Christian.

“I’m not in any way justifying his morally decadent statement, but one would expect the Pastors to pray for his conversion, rather than resorting to attacking him.

“Does it mean members of their Churches should be free to call whoever offends them, bastard and mad dog?

“The answer is No. The God Oyedepo serves can defend him, without the assistance of any Pastor or clergyman. Men of God are called to defend the gospel, not other men of God.

“The pulpit is sacred and holy. Members may feel justified and equally use similar words when annoyed by their fellow men. This will not be in the best interest of the Church.

“Pastors should watch their temperament on the pulpit. Our Lord Jesus was nailed to the cross, he never cursed or abused them, but said, ‘father forgive them, for they know not what they do.’ Stephen was stoned to death, he never cursed his assailants but prayed for them.

“The Jews told Jesus, that he is demonic, he never cursed them. There is, therefore, no scriptural basis for attacking Daddy Freeze.

“They should rather pray for him to know the truth. As a mark of reconciliation, and in the spirit of forgiveness and humility, I’ll equally expect the Pastors to apologize to Daddy Freeze. They are called to be humble. This is in accordance with the Bible. No one is above apologizing.”