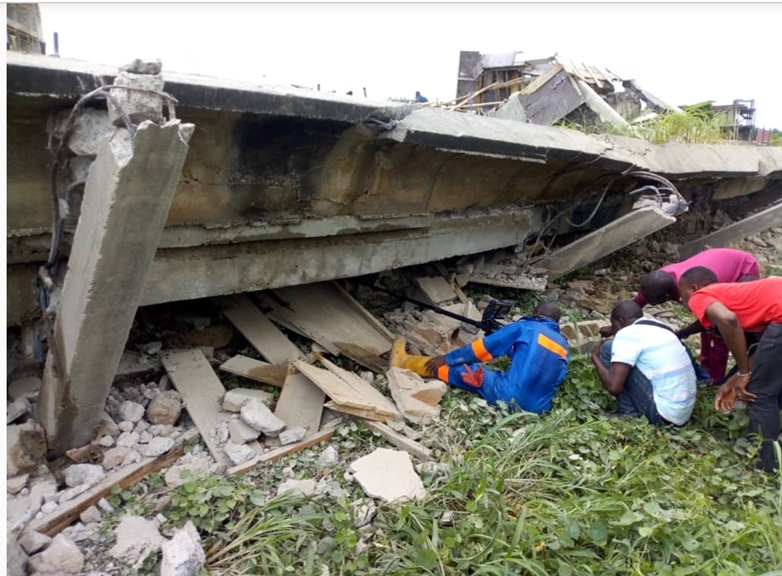 Barely few days after completing his WAEC exams, a boy, Gbenga Owolabi of Afiesere Community in Delta State, has died after a fence collapsed on him.

Owolabi died on Sunday when the fence fell on him while returning from the hospital where he had gone to give food to his younger sister. The sister is said to be on hospital admission following an appendicitis surgery.

The fence is believed to be part of the property belonging to the wife of a business magnate (name withheld) located in Damure Street, Afiesere.

Tribune Online gathered that sympathizers at the scene could not save Owolabi’s life as the impact of the fence was devastating.

Neighbours who were all in tears described young Owolabi as humble and respectful, saying his death was unfortunate and a great loss to the family.

Meanwhile, a firefighter, Mr Ben Aladino and family members narrowly escaped death in their apartment along Jude Okafor street, Ogbosedi quarters, Okpanam near Asaba on Monday when an overhead water tank collapsed into their sitting room.

The children were said to be watching a television programme in the sitting room while their father, a staff of the state fire service, was in the bathroom when the tank fell at about 9 am.

Narrating his ordeal to the Tribune Online in Asaba on Tuesday, Mr Aladino said rubbles of the damaged wall that would have hit the children were suspended miraculously.

While glorifying God for sparing his two minors during the incident, Aladino said: “It was God that saved them because they did not sustain any injury. It was the three-sitter cushion chair that got spoilt.

“I was in the bathing room and their mother went out to get something when I heard a strong noise from the sitting room and I rushed out to see if the children are okay of which God almighty did his work, they are fine. I thereafter came out to see the damaged tank.”