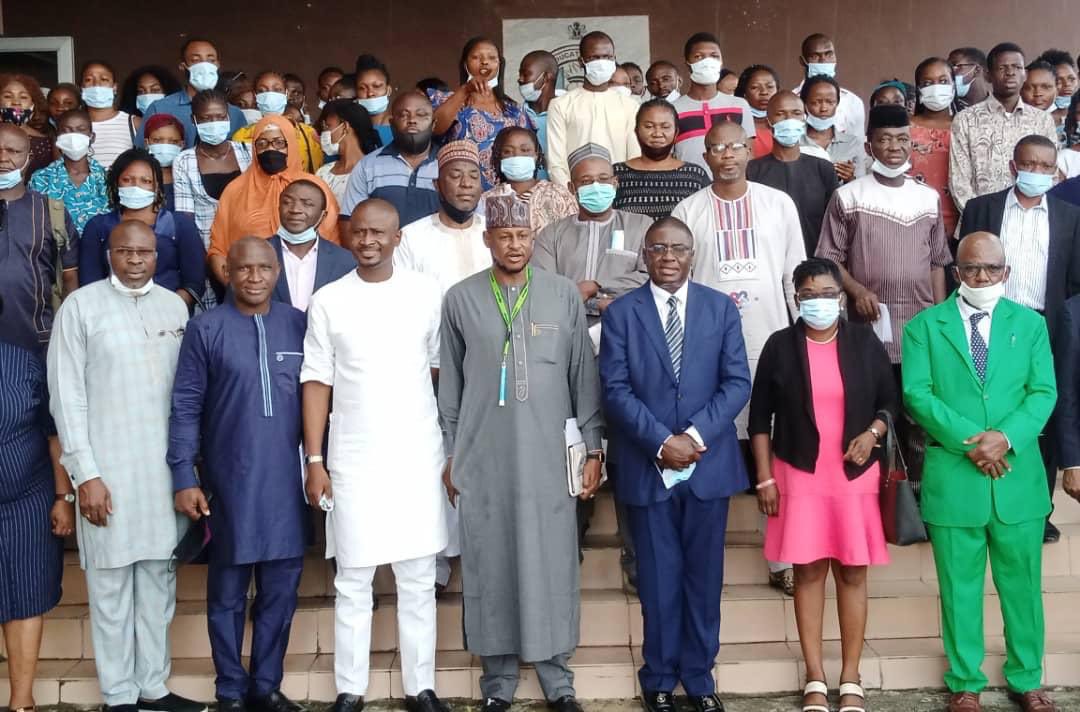 The Federal government through the Nigerians in Diaspora Commission, NIDCOM has commenced a 4day empowerment training program aimed at empowering Nigerian returnees from Libya, Lebanon, and South Africa.

According to NIDCOM, the empowerment programme which began Tuesday in partnership with the Small and Medium Enterprises Development Agency of Nigeria, SMEDAN, was taking place in various states across Nigeria which includes, Lagos, Ekiti, Adamawa, Katsina, Ebonyi, Delta, Rivers, kwara, Niger, Zamfara and Bauchi state.

Promise fulfilled.⁦@nidcom_gov⁩ partnered with Smedan,⁦@smedaninfo⁩ to empower returnees from SAfrica and some from Lebanon etc. 100 of them began a four day training under Smedan in different states. Grateful to ⁦@smedaninfo⁩ DG and Chairman ⁦@femipedro⁩ pic.twitter.com/H33Gvvv6AI

Chairman/ CEO of NIDCOM, Hon. Abike Dabiri Erewa represented by Mr. Akanbi Abiodun while addressing the participants stated that the partnership with SMEDAN was necessary to help build the capacity of the Returnees by empowering them on some certain Vocational and Entrepreneurship skills, considering the fact that most of them came back home empty-handed after losing their businesses and properties to the attack.

She further advised the participants not to despise the period of little beginnings, stating that the modern-day equipment SMEDAN will hand-out to them at the end of the training must be treated as a poverty defying tool.

Also speaking at the event was Dr. Dikko Umaru Radda, DG of SMEDAN and Chairman of SMEDAN board, Otunba Femi Pedro who thanked Hon. Abike Dabiri for her enormous contributions towards the actualization of the training/ skills acquisition programme.