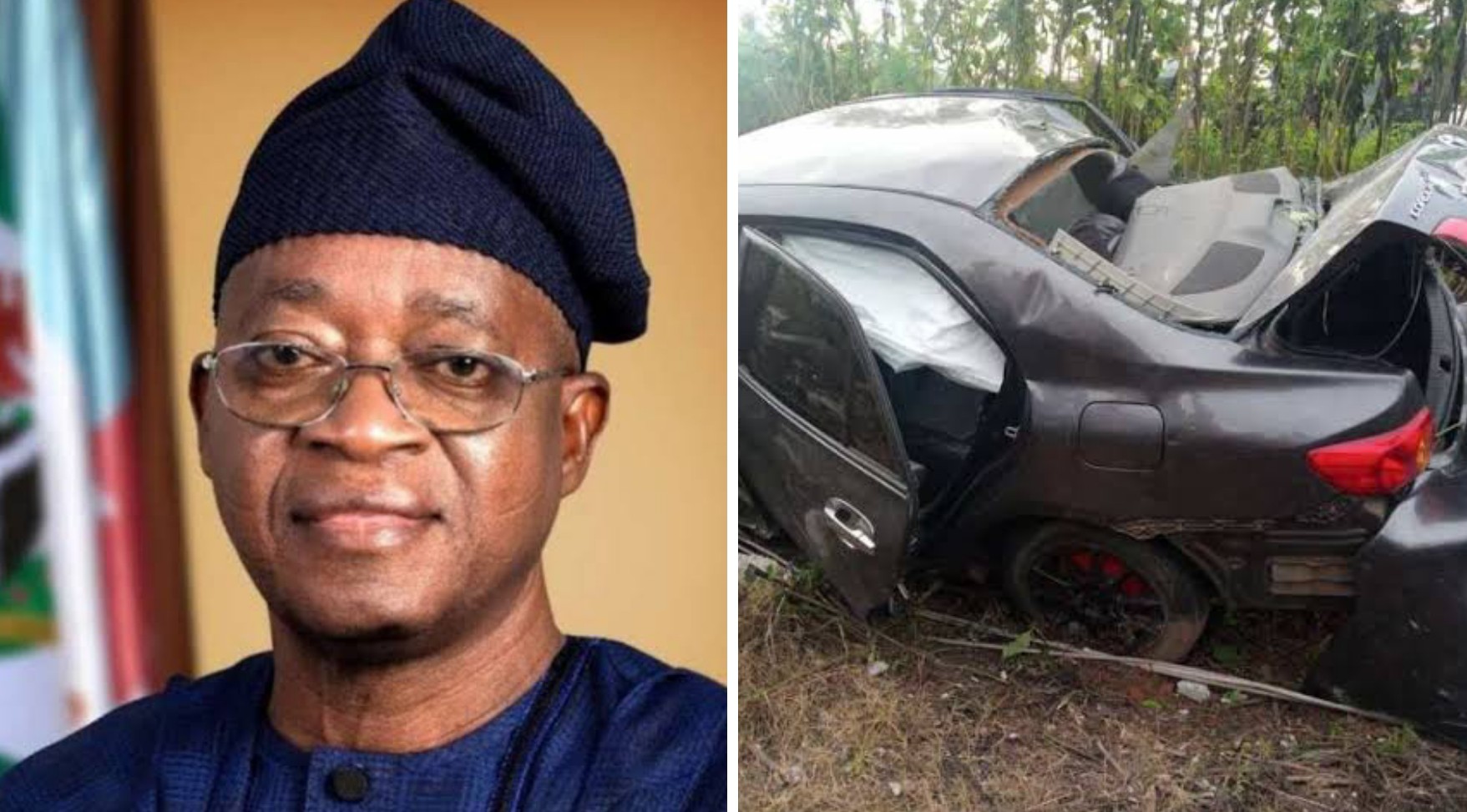 The Osun State Governor, Gboyega Oyetola has ordered for an extensive investigation into the events that led to the reported death of citizen.

WITHIN NIGERIA recalls that four suspected Internet fraudsters (Yahoo boy) got involved in an accident while being chased by the men of Joint Task Force on Tuesday evening in Osogbo, leaving behind casualties.

The accident occurred at the East bypass when the Toyota Corolla with registration number KUJ-553LY Abuja – conveying the suspected Yahoo boys veered off the road during the chase and hit electricity poll.

Following the accident, angry youths protested the death of deceased and carried the corpse to the entrance of the State Governor’s House in Oke-fia. They also damaged a vehicle of the Nigeria Police at Oke-fia.

Meanwhile, the state governor while reacting through a statement signed by the States’ Commissioner for Information and Civic Orientation, Funke Egbemode, expressed shock over the incident and the disruption that followed.

He asked the State Command of the Nigeria Police to get to the bottom of the matter.

According to the state governor, nobody has a right under the laws to take a life, saying that all lives matter in the State.

He said, “nobody has a right under our laws to take a life summarily. While we appreciate the great job our law enforcement agencies are doing to keep Osun safe, the confusion and disruption to our peaceful state capital on Tuesday needs to be investigated.”

Oyetola’s government, however, called on the Osun State Command of the Nigeria Police to launch a comprehensive investigation into the tragedy.

Meanwhile, the Governor has appealed to the families of the deceased and the injured not to take matters into their hands by hurting more people or destroying properties.

“We implore our citizens to trust the Government to get to the bottom of this sad occurrence. Let us all go about our lives peacefully while we await the results of the investigation,” he concluded.