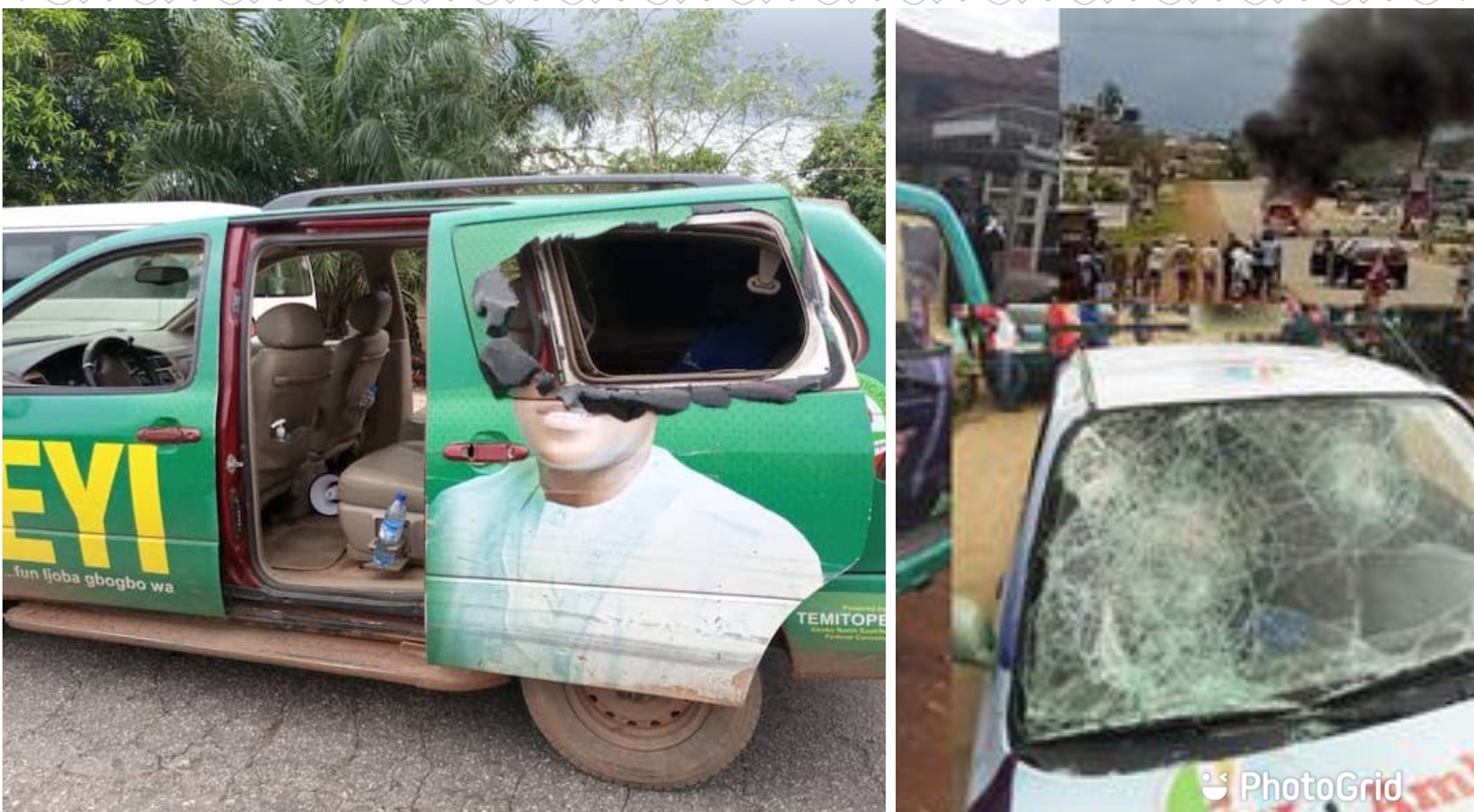 Less than 23 days to the Ondo Governorship Election, many persons were reported injured while a vehicle was burnt on Wednesday when the supporters of the candidates of the All Progressives Congress and the Peoples Democratic Party clash.

The incident occurred at Oba Akoko in Akoko South West Local Government Area of the state when the convoy of Governor Rotimi Akeredolu met with the convoy of PDP candidate, Eyitayo Jegede, in the town.

The clash caused social and economic activities of the area to paralyzed for several hours.

While the campaign organisations of the two candidates have pointed accusing fingers at each other.

The spokesperson of the Akeredolu/Ayedatiwa Campaign Organisation, Mr Richard Olatunde, alleged that it was Jegede’s supporters that first attacked the governor’s convoy which was on a campaign mission to the Akoko area of the state.

On the other hand, the Head, Media Research, Eyitayo Jegede Campaign Organisation, Mr Samuel Fasua, alleged that the hoodlums that attacked Jegede’s convoy were the supporters of Governor Rotimi Akeredolu.

Olatunde said, “While we are shocked and saddened by this attack, we are not too surprised, because the PDP has shown that it is not focusing on issues in its campaign for the election. They will rather deploy violence and falsehood to score cheap political points.”

Reacting, Fasua said, “As of now, no fewer than three vehicles in the convoy of Jegede have been badly damaged, while Jegede himself is being held hostage inside the palace of the monarch of Oba-Akoko by gun-totting hoodlums suspected to be agents of the governor.

The Police Public Relations Officer of the state, Mr Tee-Leo Ikoro, who confirmed the incident said some men of the command had been deployed in the town to calm the situation.

“We have sent some mobile policemen to the area and the situation has been put under control,” Ikoro said.