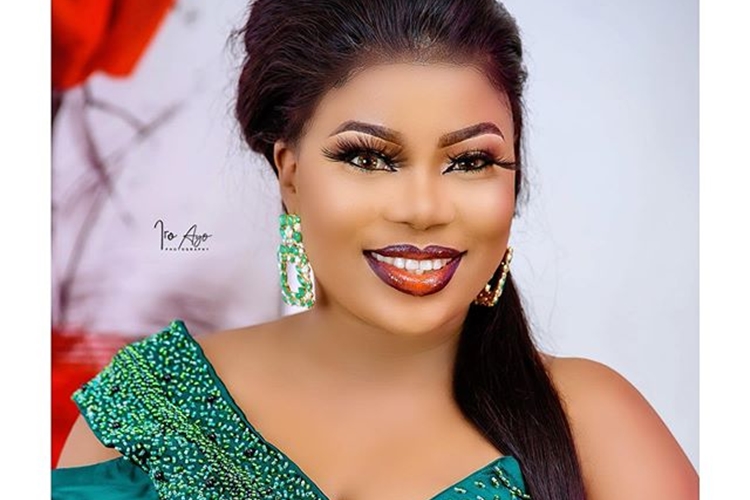 Nollywood actress, Seyi Edun has reacted after she was slammed by a troll for not having a child with her partner Adeniyi Johnson, but remaining happy in spite of that.

Recall that Niyi Johnson started his relationship with Seyi Edun after his 1year and 6 months old marriage with Toyin Abraham ended due to allegations of infidelity.

The troll who also accused the actress of snatching her partner from her ‘boss’, added that she won’t be free until she does the right thing.

This is the beginning of oriburuku. Afe aiye ti dun mo e. You only dance from Jan to December. What’s really making you to be happy gan nah? All this you are doing on instagram does not mean you are happy in real life. If Niyi is not capable of impregnated you then try another man. Cos you are looking for hubby by all means you snatched her from your boss. Now your boss is so much happy. If you didn’t snatch him from her, she will still be barren by now. Though you wanted to wicked her but God turn it to laughter for her. Until you do the right thing before I will free you. Later you will thank me.

Reacting to this, Seyi Edun stated that she knows who is behind the account. She went on to state that joy and peace will be far from the troll.

Eni moni lonse ni, we know who you are already. God don shame you already. May joy and peace be far from you. Na my matter go wound you. E pain am 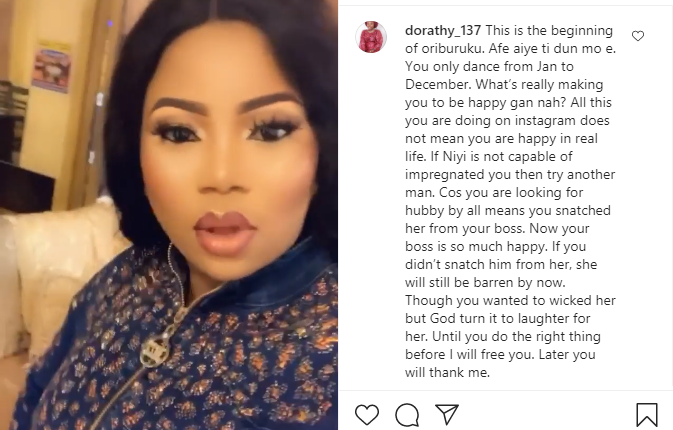