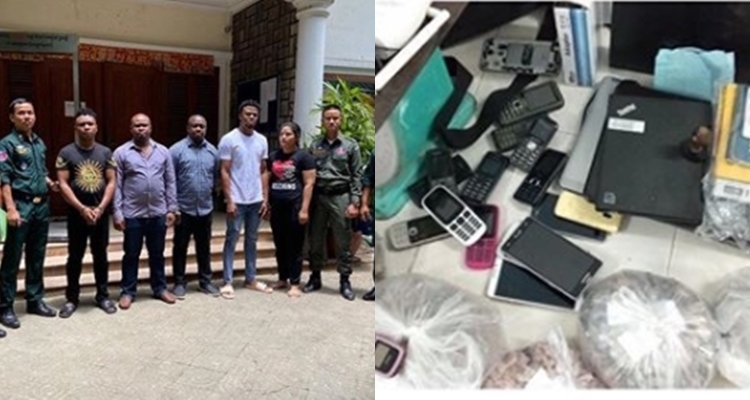 Four Nigerian nationals have been arrested by the police in Phnom Penh, Cambodia,  in connection with an alleged scam and money laundering.

The suspects were arrested on Friday, September 18, 2020, alongside a Cambodian woman. They were arrested following a raid led by lieutenant Neth Savoeun, the police chief and Lieutenant Dy Vichea, the director of the national security department, and Lieutenant Sean Sen, the director of the cybercrime department.
According to reports, on Tuesday, September 15, 2020, the specialist police received information of a fraud operation and abnormal money transfer from the USA to the banks in Cambodia.
The relevant officer launched an investigation which led to the arrest of the suspects.

It was gathered that the suspects convinced Cambodian people to open bank accounts for them to use for money transfers and they paid them some money.