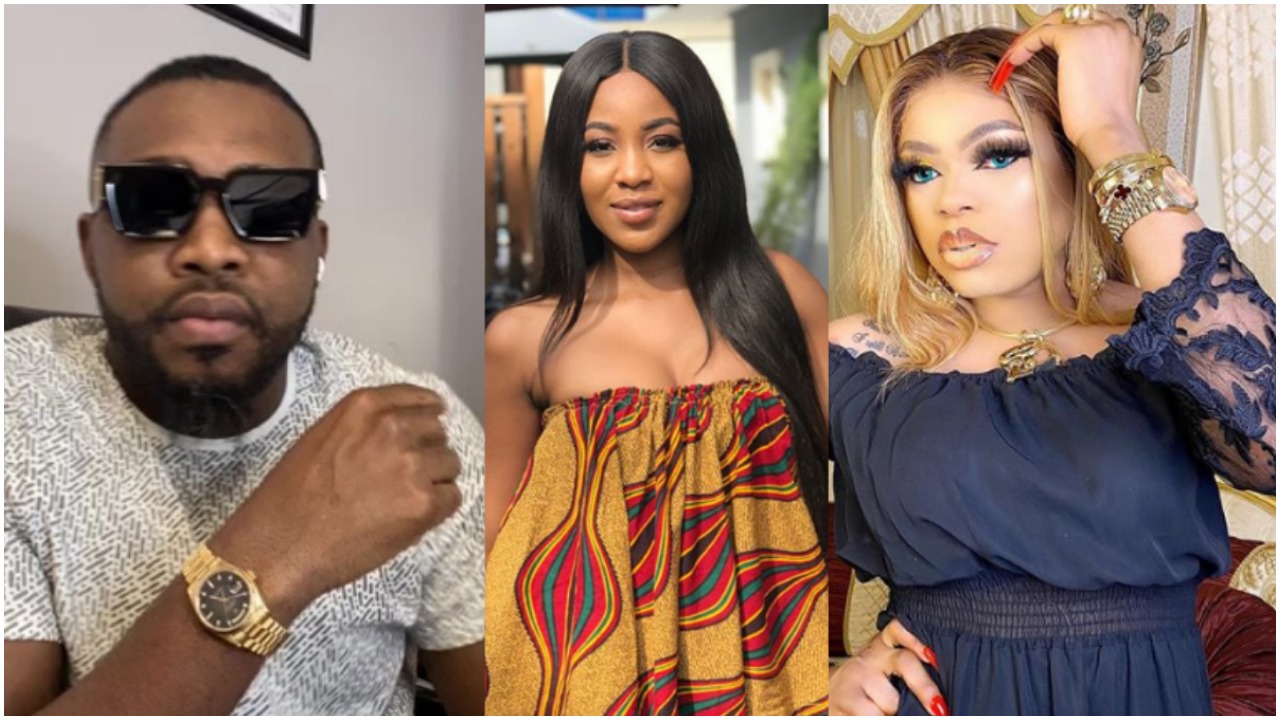 Bobrisky and Instagram big boy, CMC fight dirty over failure to give Erica the money he promised

In what can be termed an audio money saga, Controversial Nigerian cross-dresser, Bobrisky has taken to Instagram to fight dirty with a big boy identified as Chidi Mike Cars popularly known as CMC for promising BBNaija disqualified housemate, Erica N2 Million, a car and failing to fulfill any of his promises.

The trouble started after the management of Erica brand called out the acclaimed big boy, CMC for posting on his Instagram that he had redeemed the pledges he made to Erica which was untrue. In a video that has gone viral, CMC was heard calling Erica and her management bastards and insisting he is not Otedola to give out cars with Erica signing a contract.

This has resulted in a serious back-and-forth between Bobrisky and CMC on their official pages on Instagram. 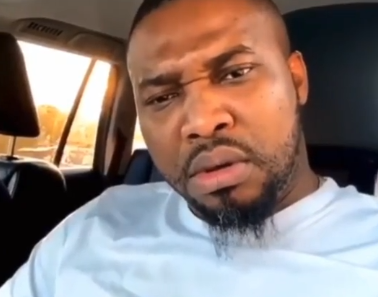 “Tell that cms or cmd that if he upset me more I will top extra 1,000,0000 to Erica money ASAP. His he mad ? Who want his money ? He is a fucking Bastard !!!!! If nobody work for ur money y come out to promise what you cannot do. Broke yahoo boy . You better let me hook u up with my sugar daddies fool. Audio money everywhere. Erica doesn’t need ur stupid money. Till now I haven’t met Erica but did wat I did just to support my girl not for anything in return. When will men like you stop helping to get a return from ladies. Stupid low life motherfucker you don jam today !!! You don’t know who you wanna fight with yeah ? I will drag you like I pass my Neighbour generator. Idiot !!!!!!!”

“Lmao cms abi na cmd if they born you well yeah ! On ur comment section . I noticed you off it because you know how people will drag ur family. You said you will beat me when you are in Nigeria. Do u know how many mopol I move with ? Don’t forget am the celebrity here o! If I give area boys 1million to buy smoke, they will beat you for me till am satisfied!!!! Not to talk of my Mopol. Are u mad ni ? Nobody know ur papa now. Bro’s commot here jare … you are an ant crawling to no destination. Is been a while I fought on social media, so am so enjoying dis. Don’t forget I won’t tagged u too get more followers . So keep tagging me. I promise u, I will hit 3.2million ASAP”

“See wat d idiot that cal himself cms abi na cmd posted on his page without nobody forcing him to make empty promises. Don’t let him deceive you guys… that dude is fucking broke. When I posted him on my page, over three of my rich friends called me to confirm that they contributed over 500k each when dis stupid fool contact them that they should support Erica. The total money that was sent to dis Bastard was over 5million, because he lied he wanted to arrange votes for Erica. Now where are all d money my friends sent to d Bastard ? You now have d right to use people money they sent to support Erica for ur own personal use. Never in ur life go into social media fight with me cos I will finish u hand down. Ur new full name now are MR Audio anofia chucks” 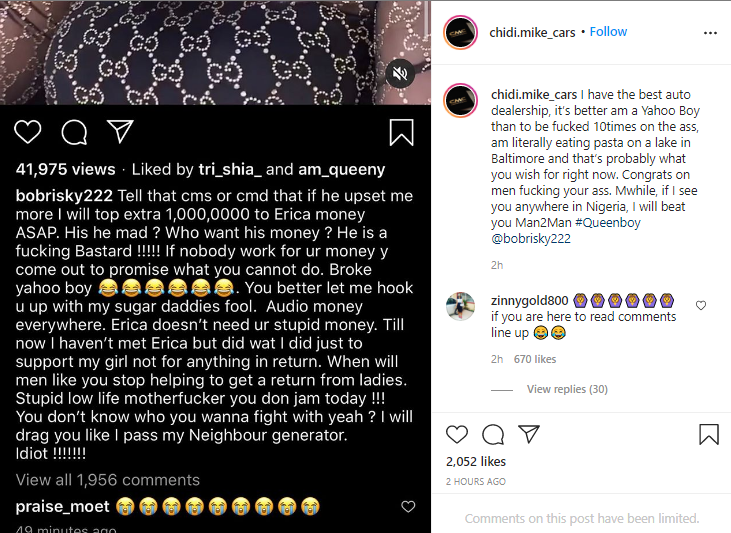