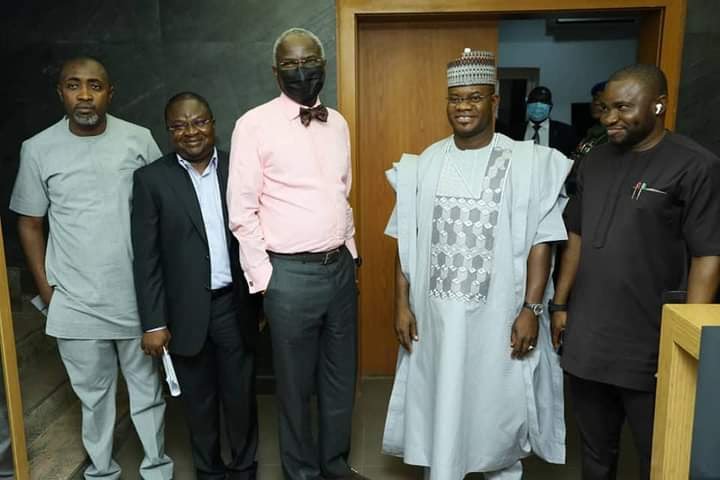 The Kogi State Governor, Yahaya Bello, has blamed the Wednesday fatal tanker explosion in Lokoja, the state capital, on the deplorable state of federal roads.

The tanker carrying Premium Motor Spirit (PMS) ran into oncoming vehicles after the brake failed around Felele area of Lokoja about 8:00 a.m.

Cars, motorcycles and a school bus were destroyed in the inferno.

About 23 lives, including students of the state polytechnic and primary school pupils, died in the blaze, the Federal Road Safety Corps (FRSC) confirmed.

Following the incident, Mr Bello visited the minister of works and housing, Babatunde Fashola, to solicit urgent Federal Government’s attention to the deplorable condition of federal roads in Kogi.

According to his spokesperson, Onogwu Muhammed, the governor told the minister that the deplorable state of all federal roads across the state led to recurrent accidents in the state.

“He said the state government has done a lot in maintaining the roads but owing to the large volume of traffic on the roads, in view of its strategic location as gateway state, such repairs and maintenance do not stand the test of time.

“He appealed to the minister to expedite action in carrying out reconstruction of roads across the state to curtail the preventable accidents on the road.”

Also, Mr Bello begged Mr Fashola to direct contractors handling repairs on the Murtala Bridge at Jamata “to speed up the rate of work,” noting that the slow pace of work has caused the commuters untold hardship.

In a similar vein, he urged the minister to direct the contractors in-charge of the Kabba-Ilorin road project to return to site.

He said the total neglect of the road in the area has made life unbearable for motorists and commuters plying the road.

“The governor also drew the attention of the minister to the Lokoja-Ganaja-Ajaokuta road which the federal government awarded for over three years but contractors were yet to be seen on site.”

Meanwhile, Mr Muhammed said the minister had ordered the Federal Road Maintenance Agency to immediately fix the bad portion of the road at the Felele end of the Okene/Lokoja/Abuja road.

“The minister equally put calls across to contractors handling Kabba-Egbe-Omuaro road, Okene-Lokoja-Abuja road to inform them of the governor’s presence in his office and the need for them to speed up the works on the roads.

“He assured the governor that the ministry will use the remaining part of the year to achieve more in fulfilling the governor’s request in respect of federal roads in the state.”