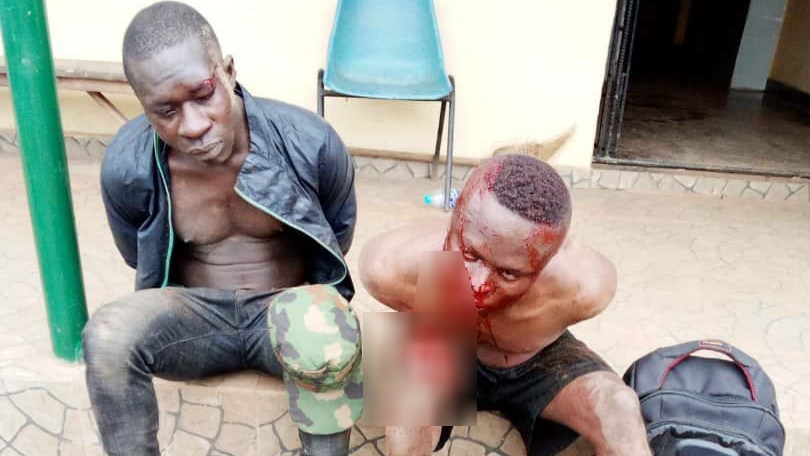 An angry mob nearly lynched two suspected fake soldiers who specialised in theft and terrorising people before they were rescued in Sagamu, Ogun state.

WITHIN NIGERIA learnt that the young men suddenly alighted from a sienna bus at Sabo Market, Sagamu and started beating up an elderly market woman and disrupting commercial activities in the market.

A serving soldier arrived at the scene and demanded the identity of the two fake soldiers who caused havoc at the market.

But these suspects (fake soldiers) tried to flee the scene on commercial motorcyclesb instead of identifying themselves.

The fake soldiers met their waterloo after they were caught and an angry mob descended on them before they were rescued by a team of policemen who arrived the scene. 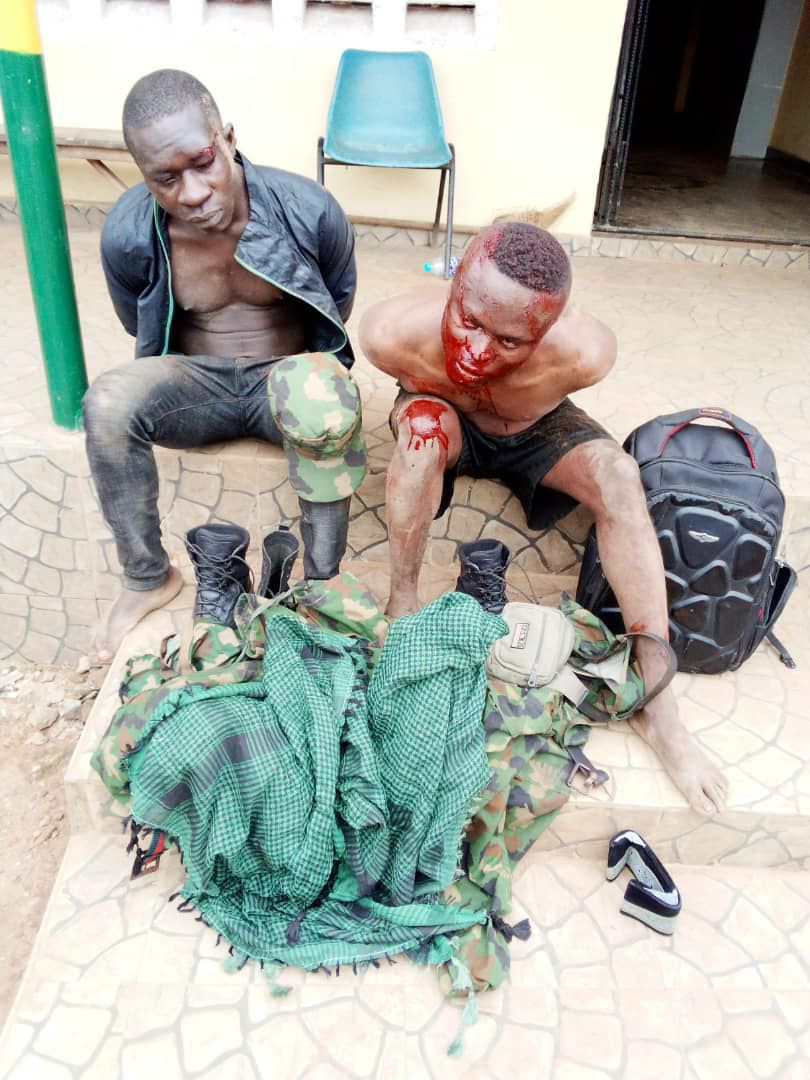 Speaking on the development, the Police Public Relations Officer in the state, DSP Abimbola Oyeyemi confirmed the incident on Thursday, September 24.

The PRO said that the suspects, identified as Joseph Uzor and Obadeyi Quadr, were arrested on September 22 in Shagamu area of Ogun State, following a distress call received by the DPO Sakura division that four young men in Nigerian Army camouflage were causing chaos.

“Two pairs of Army camouflage uniform, two pairs of black boots, one camouflage vest, one camouflage faz cap, a phone and N10,800 were recovered from the suspects. They are strongly suspected to be part of the robbery syndicate who used to operate in military outfit along Shagamu-Benin Expressway some of who were recently apprehended,” Oyeyemi said.

“Meanwhile, the state Commissioner of Police, CP Edward Ajogun, has ordered the immediate transfer of the suspects to the state criminal investigation and intelligence department for discreet investigation. He equally directed an investigation into their past activities before arraigning them before a court of competent jurisdiction.” he added.

Man, 67, rescued after he jumped into Kwara river