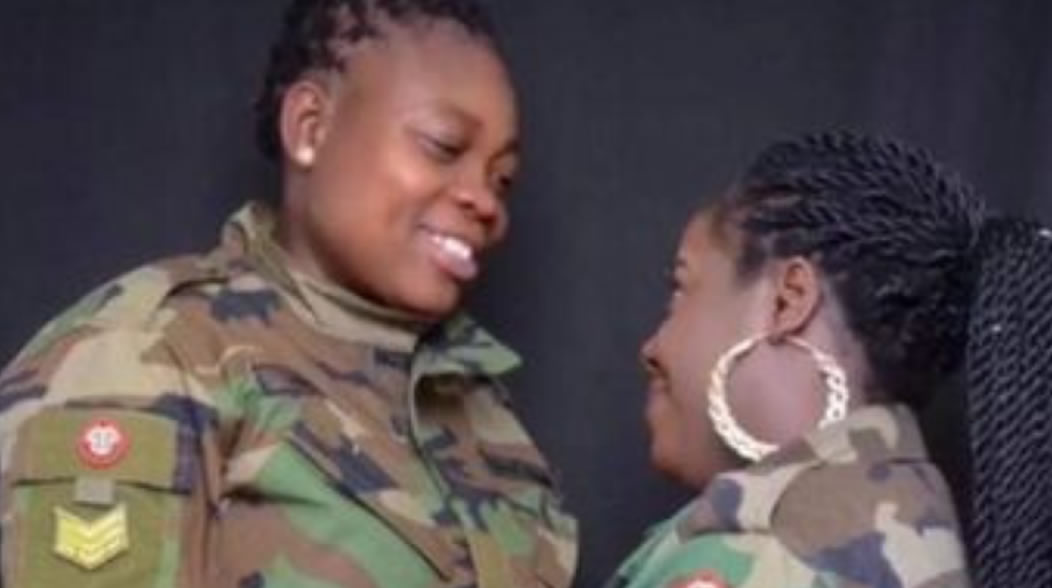 A Ghanaian military woman has been arrested after a video of her controversial wedding to her lesbian partner went viral.

WITHIN NIGERIA learnt that one of the couple who got married over the weekend is currently facing a court-martial.

Section 104 of the Ghanaian Criminal Code of 1960 contains provisions criminalising consensual same-sex sexual acts between adults. Under Section 104(1)(b) “unnatural carnal knowledge” with consent is considered a misdemeanour. Under other subsections of Section 104. Additionally, Section 104(2) defines “unnatural carnal knowledge” as “sexual intercourse with a person in an unnatural manner or with an animal.” Under Article 296(4) of the Criminal Procedural Code, a misdemeanour shall be liable to imprisonment for a term not exceeding three years.

According to reports, trouble started for the couple few days after the footage of their wedding ceremony went viral, the taller lady in the video, the military woman who appears to be taking the role of husband, was arrested and detained by the Ghanaian military authorities and is facing a court-martial.

Watch video of the wedding below;

Prior to their arrest, the event had led to divided opinions on social media as many asked why such “ungodly and abominable” event will be allowed in the West African country.

According to reports, the military is more concerned about the uniform used for for pre-wedding photos, the military woman was charged for giving out a military uniform to a civilian, her alleged lesbian partner (who is a civilian).