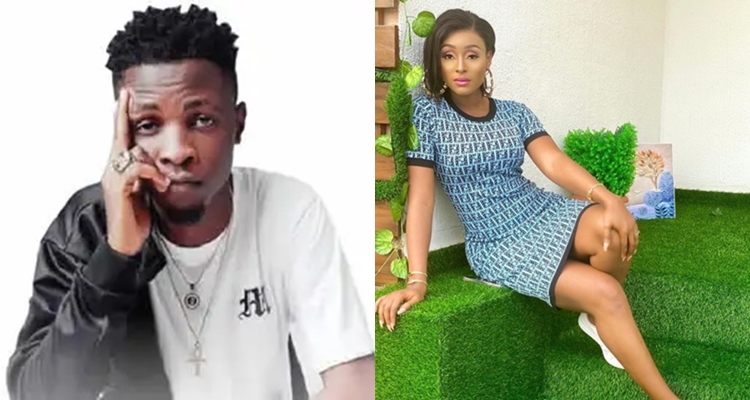 Nollywood actress, known as Ifunanya Ukpabia, has left many Nigerians in shock following her recent post in which she claimed to have dated Laycon for 5 years before leaving him to marry someone else.

In the post which she titled ‘An open confession, letter to Laycon my ex lover’, the actress claimed she struggled with the BBNaija finalist back when he was pursuing his music career and had supported him severally.

However, things were not looking up for him and she had to eventually leave him to marry someone else. The actress expressed happiness to see him on the show and has silently supported him by voting for him.

Ifunanya revealed her husband is in support of her undying love for him. Ifunanya who said she could help him manage his newfound fame, stated that she wanted him to know that she’ll always love him and his family.

She added that her husband is in full support of her ‘undying love’ for Laycon who has a strong fanbase. She ended the letter by asking that he never forgets the sacrfices she made for him.

Veteran actress, Patience Ozokwo shares interesting details of how she…

I’m so heartbroken and shattered. I once dated olamilekan Agbeleshe popularly known as Laycon. We dated for 5 good years. We were really in love back then. I suffered with this guy for years, managed with him, hustled and fed him wit my own little earnings. Laycon promised to marry me and I waited for complete 5years but no money was forthcoming. I cried every night then, called people I know just to see if they could assist in his musical career. I suffered wit him but there was nothing else I could do so I had to get married. Like the saying goes, out of sight is not out of mind. Seeing him on the big brother show after so many years, I was very happy for him and since then, I did my best to support him in every possible way including campaigning silently for him and giving out recharge cards for people to vote him. I don’t know if he’ll still regard me after this but I just needed to let this out of mind and to let Laycon know that I still love him nevertheless and would always support him. I can also help him manage his new found fame,I’m not talking about the money but the fame. I’ve always loved you olami as I fondly called you and I will never stop loving you and your family. Myy husband will understand and he’s fully in support of my undying love for you. God bless you and I’m most certain you’d win the grand prize today. Always remember me and all the sacrifices I made for you.Your ex love Nanya❤️