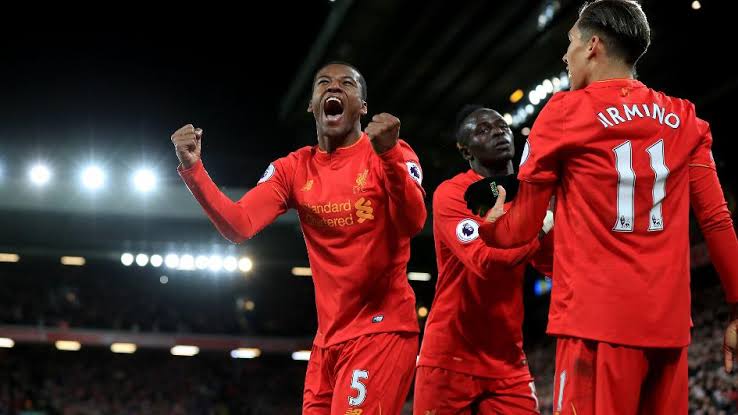 Liverpool maintained their impressive record at Anfield after coming from a goal down to beat Arsenal 3-1 in Monday’s Premier League game.

Alexandre Lacazette gave Arsenal the lead before Liverpool turned the game around thanks to goals from Sadio Mane, Andy Robertson and debutant Diogo Jota.

Arsenal have not beaten Liverpool at Anfield in eight years since a 2-0 win in 2012.

Liverpool go second on nine points after winning all three of their Premier League games while Arsenal drop to fifth position in the league table.

Arsenal broke the deadlock on 25 minutes after Lacazette reacted quickest to a loose ball inside the box.

Liverpool equalised in the 28th minute through Mane who turned in a rebound after Bernd Leno saved Mohamed Salah’s initial shot.

The Reds then went 2-1 up on 34 minutes thanks to Robertson who kept his composure from close range to convert Trent Alexander-Arnold’s cross.

And with two minutes left Jota found the bottom corner with a volley to extend Liverpool’s lead.