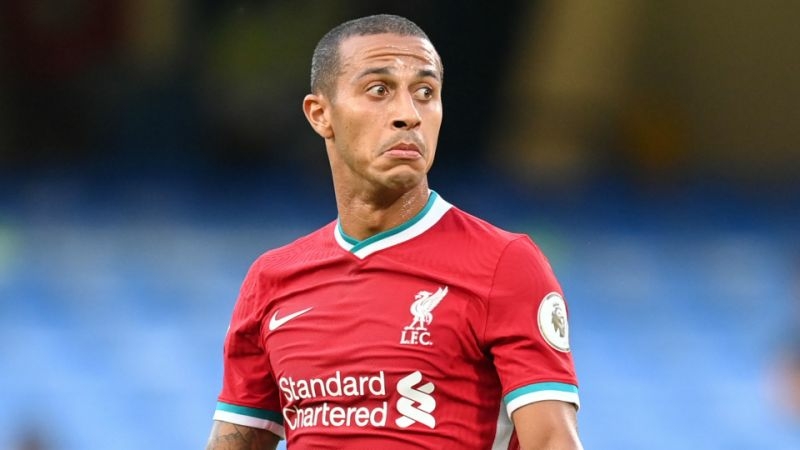 Liverpool midfielder Thiago Alcantara has tested positive for coronavirus and is self-isolating, the club confirmed on Tuesday.

Thiago joined Liverpool from Bayern Munich last month in a deal worth up to £25m, and made his debut for the Premier League champions in a 2-0 win at Chelsea on September 20.

He was a surprise absentee from Liverpool’s squad for Monday night’s 3-1 victory over Arsenal, but his omission has now been explained.

Liverpool shared a statement via the club’s official Twitter account: “Thiago Alcantara has tested positive for COVID-19 and is currently self-isolating according to the necessary guidelines.

“The club has, and will continue to follow, all protocols relating to COVID-19 and Thiago will remain in self-isolation for the required period of time.”

The Premier League announced on Monday 10 players or club staff members had returned positive results in the latest round of testing, the highest number since testing began.

It is unclear whether Thiago’s positive test is among this round of Premier League results, which ran from Monday September 21 to Sunday September 27.

Liverpool play Arsenal again in the Carabao Cup on Thursday and then travel to Aston Villa on Sunday before the Premier League pauses for a two-week international break.

Liverpool first-team doctor Jim Moxon said: “It is the choice of each individual whether they reveal publicly the outcome of a COVID-19 test.

“We have followed all the protocols to the letter and Thiago is OK. He will be self-isolating now as per the guidelines and hopefully he’ll be back with us soon.”