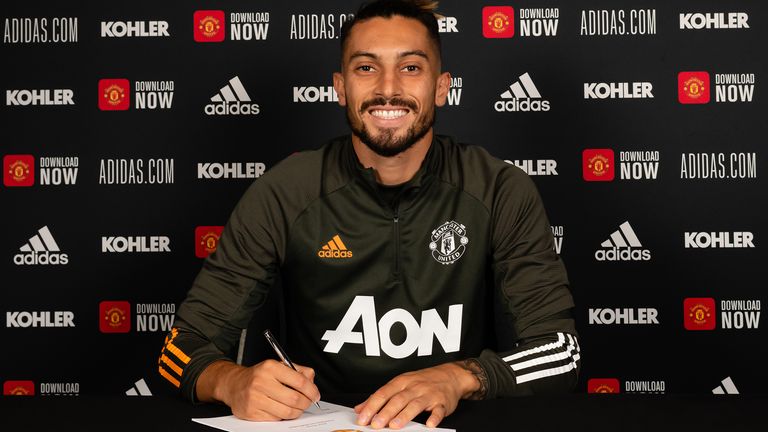 Manchester United have completed the Deadline Day signing of Porto left-back Alex Telles for a fee of £15.4m.

The 27-year-old has signed a contract until June 2024, with the option of a further year.

United’s hopes of signing the left-back appeared to be fading after their offer was initially rejected by the Portuguese champions, who were holding out for £22.5m.

However, negotiations began again on Sunday morning, with Porto changing their minds on United’s most recent bid as they were convinced that no subsequent offer was likely from Old Trafford, with the transfer window about to close for Premier League clubs.

“To join a club with the prestige of Manchester United is a huge honour,” said Telles.

“You have to work hard to get to this moment in your career and now I am coming to this club, I can promise that I will give everything in my heart to be a success here.

“I won many trophies at FC Porto and I want to continue that at United. The manager has a clear plan and direction for this team and I can’t wait to pull on the famous shirt.”

Telles signed for Porto from Galatasaray in 2016 and went on to win two Portuguese league titles and the Portuguese Cup in nearly 200 appearances for the club.

Solskjaer said: “He is a player we have been tracking for some time and his performances over the past few years are exactly what we are looking for.

“He is a fighter and a winner and will add real determination and competition to the squad.

“Alex has the qualities, both as a player and as a person, that we want here at Manchester United.”