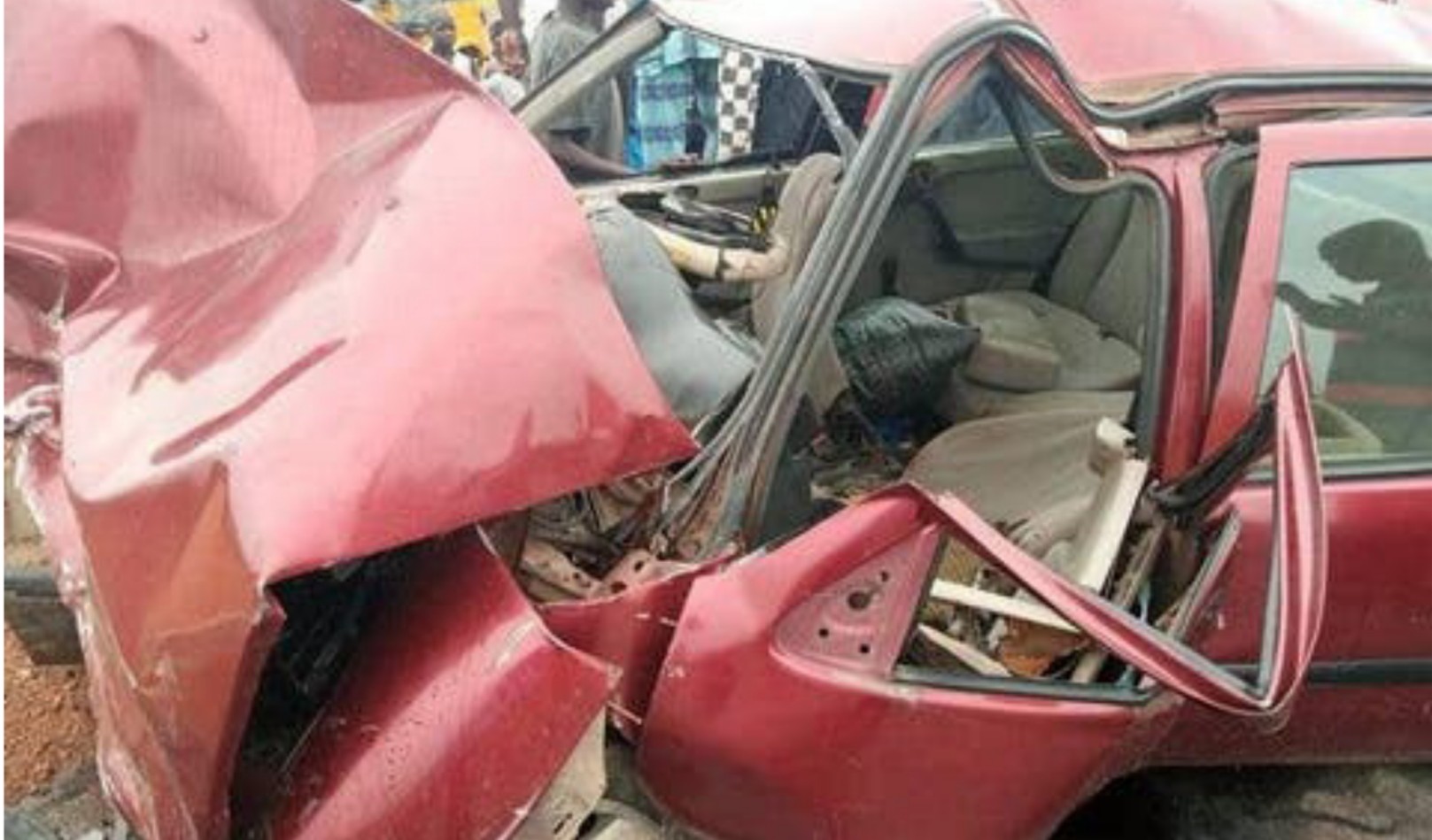 A multiple motor accident which occurred within 24 hours along the ever-busy Bauchi-Jos Trunk A road involving six vehicles has claimed two lives while several others were injured.

The first accident involving four vehicles occurred on Monday at Buzaye village, 16km away from Bauchi when a tanker conveying PMS to Bauchi went up in flames. The fire was ignited by another vehicle which was said to have had an electrical fault while in motion.

The resulting fire spread to another vehicle, a container-laden trailer transporting some goods to Bauchi. The vehicle was completely burnt as well as a J5 bus which later ran into the accident and immediately went up in flames.

The fourth vehicle, a single loader lorry rammed into the burning vehicles while trying to avoid the vehicles but lost control and veered off the road into the bush. It also got stuck in the mud.

An eyewitness disclosed that the accident in Buzaye occurred at about 11 am on Monday and it took the combined efforts of men of the State Fire Service and other people to put the fire under control while those injured were immediately rushed to the Abubakar Tafawa Balewa University Teaching Hospital (ATBUTH), Bauchi for treatment.

Barely 24 hours later, another accident involving a commercial Opel Vectra and Toyota Sienna bus with registration number Abuja: KWL-776AZ occurred few kilometres away from Buzaye, the scene of the first accident and claimed two lives. Other passengers also got injured in the accident.

While confirming the accidents to journalists, Sector Commander, Federal Road Safety Corps (FRSC), Bauchi Sector Command, Yusuf Abdullahi, said that: “We got a call at about 11.15 am on Monday and our men rushed to the scene of the crash. What happened was that a container heading to Bauchi in an attempt to overtake a petrol tanker ran into the tanker from the rear.”

He added that: “Due to that, the tanker’s compartment started leaking its contents. The tanker driver parked the vehicle but still on the road. Unfortunately, the body of the tanker hooked to the head of the container. So it could not move and at that time, there was no outbreak of fire yet, everything was quite stable except that lane of the road was blocked.”

The FRSC Commander further said that: “Before our men got to the place, one Golf car which was carrying iron rods at the back wanted to pass, then it scratched that iron on the road and that was the genesis of the fire outbreak.”

“At the time the men of the Fire Service put out the fire, two compartments of the PMS in the tanker were still intact. The tanker belongs to A.Y.M. Shafa, they came and trans-loaded it after the fire was put out while the container also loaded the milk it was carrying into another vehicle,” he explained.

He added that “the operation lasted up to about 11 am this (Tuesday) morning and we invited the V.I.O. and they came and cleared the road so as to create space for people to pass. There was no death except that the container driver and his assistant sustained minor injuries,” he stated.

The Sector Commander, however, warned motorists not to use abnormal vehicles to carry goods that are not meant for it, pointing out that all vehicles are designed for specific types of goods saying that: “You can imagine the level of damages caused yesterday and the driver of the golf left with his vehicle, he didn’t even stop because he didn’t incur any damage in his vehicle. Whenever they see any vehicle with petrol, the should be careful and stay clear from it.”

While speaking on the accident that occurred on Tuesday in which two people was said to have been killed, the FRSC Boss said that he was yet to be briefed on the exact level of the incident but said that: “Yes, there was an accident but I don’t have the full details. As I speak with you, our men are right there on a rescue operation, they are yet to be back, so I have not yet been briefed.”

On his part, the Public Relations Officer, of Bauchi State Fire Service, Abubakar Bala who also spoke on phone to newsmen, said that it took a combined effort with the Abubakar Tatari Ali Polytechnic Fire Service Outpost to put off the fire.

Abubakar Bala said that: “Today again, there was another fire incident at the same place. A J5 car caught fire there and we were called upon so we responded and put the fire under control with no death recorded.”