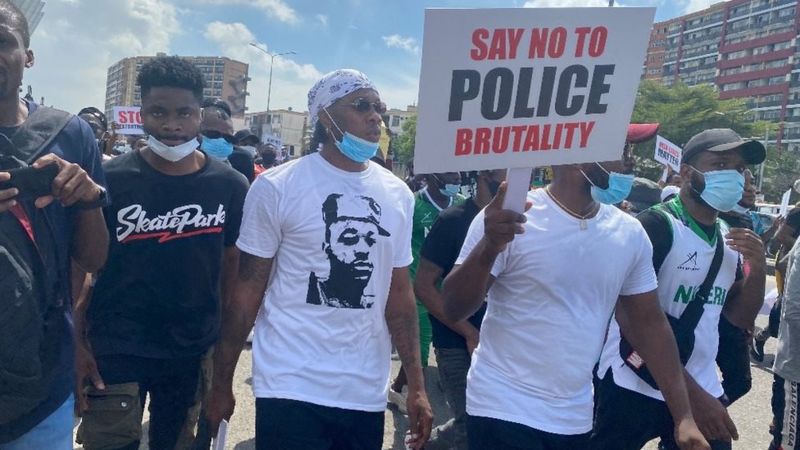 WITHIN NIGERIA recalls that Runtown had earlier insisted on leading a protest Thursday (today), after fellow singer Naira Marley cancelled his planned protest.

The #EndSARS campaigners began the protest at around 10:15am shouting ‘EndSARS,’ while marching with placards.

The protesters wielded placards with the inscription #EndSARS, ‘Enough is Enough’, ‘Say NO to Police Brutality’, written in red to illustrate the killings and bloodshed by SARS operatives, many of whom have been indicted for rights violations, including extra-judicial killings, extortion, illegal detention and other misconduct.