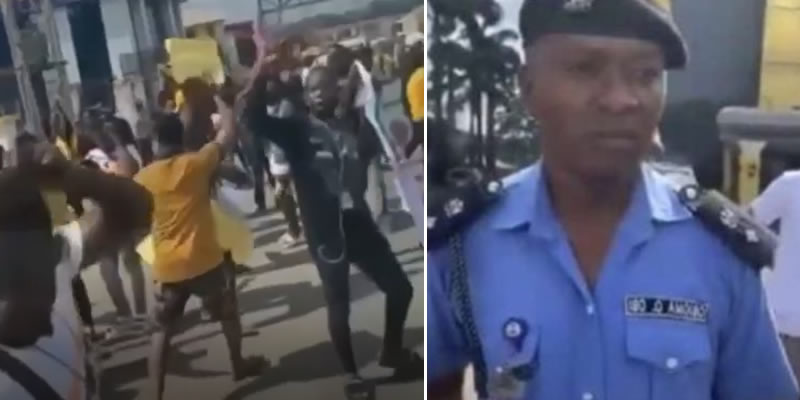 The Nigeria Police Force has reacted to the shocking video which showed a Divisional Police Officer (DPO), bringing out his pistol to shoot protesters in Owerri, Imo State.

He also physically assaulted some protesters during the course of protest.

Many Nigerians have condemned and staged protests against police brutality and SARS.

While the youths enquired to know why the police officer punched the young protester, the DPO brought out his pistol to shoot them.

The video has since stole the social media space as Nigerians calls for the immediate arrest of the police officer.

Let it be put under record that Officer Obioma O. Obi of the @PoliceNG assaulted and pulled a loaded weapon on peaceful protesters in Owerri.#EndSars #EndSARSBrutality #EndSarsProtestspic.twitter.com/4GnOZ1sm6b

Reacting to the shocking video, the complaint unit of the Nigeria Police Force wrote;

Your complaints have been forwarded to the appropriate authority for necessary action. Thank you.

Your complaints have been forwarded to the appropriate authority for necessary action. Thank you. https://t.co/EI5juyhj7D