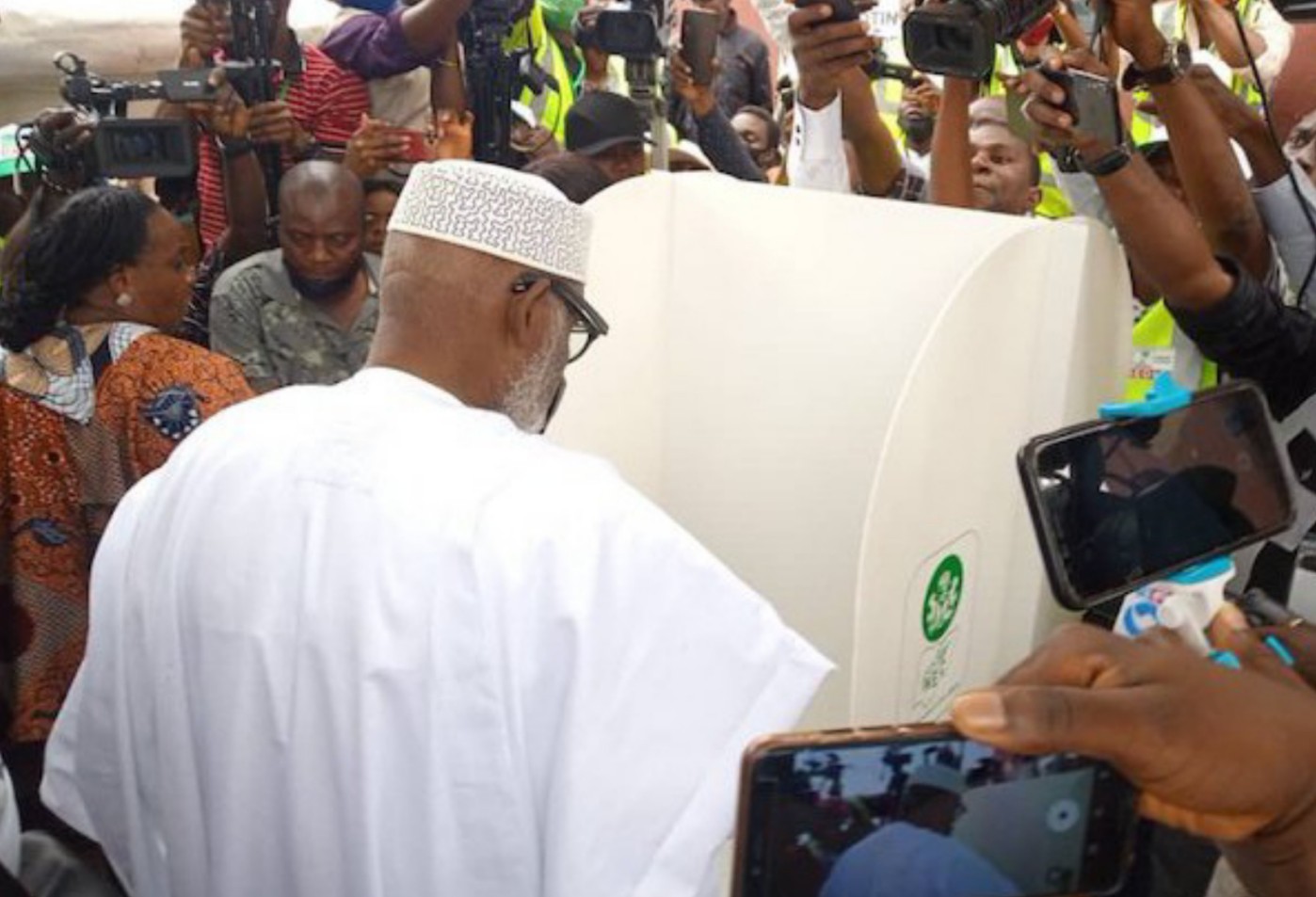 Ondo State Governor and Candidate of the All Progressives Congress (APC), Arakunrin Rotimi Akeredolu SAN got a landslide victory in his Polling Unit 6, Ward 5, in Ijebu Owo where he polled 413 votes.

Governor Rotimi Akeredolu has won his polling unit with a wide margin.

Here is the breakdown from his unit:
A A 1

Recall that the ondo State Governor and governorship candidate of the All Progressives Congress (APC), Mr Oluwarotimi Akeredolu had expressed confidence that he would emerge winner of the governorship election.

Akeredolu said this while voting at unit 06, ward 02, Ijebu-Owo in Owo, headquarters of Owo Local Government Area of the state at exactly 9.40am, stressing that he was sure of victory at the end of the exercise.

He expressed satisfaction with the conduct of the exercise and appealed to electorate to monitor their votes in order to ensure that their votes count.