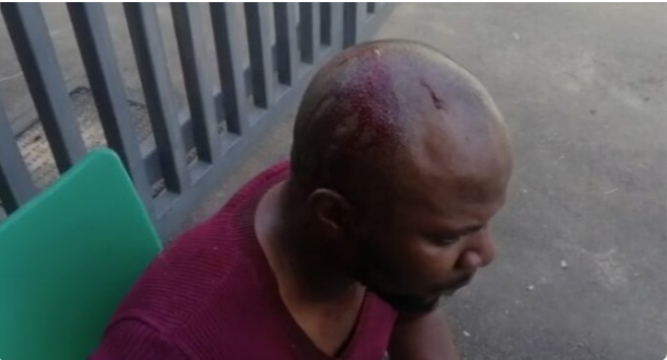 This incident happened shortly after the Inspector General of Police, Mohammad Adamu disbanded the Special Anti-Robbery Squad unit of the police force.

A reporter of Arise TV identified as Ferdinand Duruoha who was with Ogbonna said the incident occurred shortly after Adamu announced the dissolution of SARS.

Some crew members of the TV station were at the briefing where the IGP announced the ban on SARS.

Duruoha narrated how his colleague was assaulted by the police while they were trying to get the reactions of some protesting youths on the disbandment of SARS.

“We took the IG’s message live on Twitter banning SARS, and on returning from that particular interview, we saw some youth along the road, protesting,” he said.

“While we where trying to speak to them and get their takes on the IG’s message, we where attacked by policemen who brutally assaulted Francis and broke his camera.

“This is the result of that brutalisation. I am about taking him to the hospital but then we just need to get this as a sign of evidence of what the police has done.”

There have been reports of attacks on protesters since the #EndSARS campaign began last week.