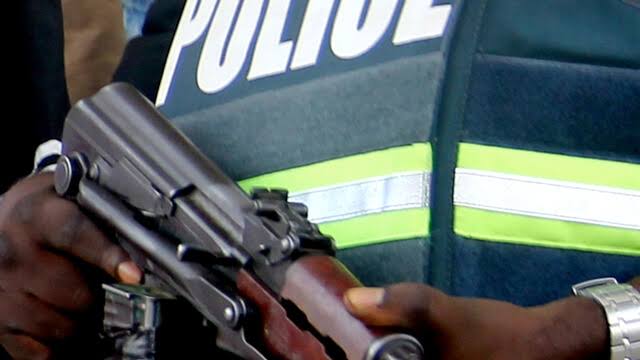 Operatives of the Nigerian Police force, Anambra State command have killed one armed robbery suspect, after he and his gang members engaged officials of the state police command in a gun battle.

Spokesperson for the state police command, SP Haruna Mohammed, said the suspected armed robber was injured during a gun duel, while his members abandoned him and took to their heels.

SP Haruna said the suspect was, however, confirmed dead by a medical doctor, after police operatives took him to the hospital for treatment.

On how thee police was alerted to the armed robbery operation by the gang, Mohammed said, “On the 9/10/2020 at about 9:pm,there was a distress call that suspected armed robbers blocked Isiagu Ring road in Awka South LGA,robbing three occupants of a black Accura legend Car with Lagos Registration number SMK878GL of their valuables at gun point.

“Following the distress call Police operatives attached to the *Command Special Anti Robbery Squad (SARS)CPS Awka and local vigilante* quickly responded and rushed to the scene. As soon as the suspected armed robbers sighted the police they engaged them into a fierce gun battle forcing the hoodlums to jettison the robbery operation and scamper into the bush for safety.

“However, during the gun duel, one of the gang member whose identity is yet unknown was fatally wounded and one fabricated gun, three cartridges, one torch light, three assorted handsets and cash sum of money allegedly snatched from the victims were recovered in his possession.The injured Suspect was rushed to the hospital for treatment but certified dead on arrival by a medical doctor and his corpse deposited in the mortuary.”

He added “that the bush was cordoned off by the police leading to the recovery of another fabricated pistol with four rounds of 9mm life ammunition, while effort is being intensified to apprehend other fleeing suspects believed to have sustained gunshots during the encounter too.”