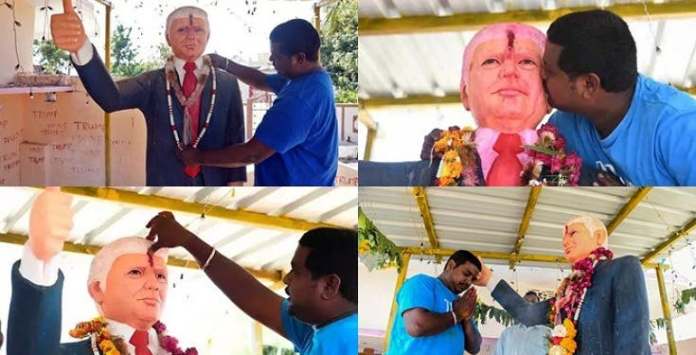 After turning his puja room into a temple for US President Donald Trump, a 33-year-old man from Telangana, India who made headlines, has died while fasting for Trump to recover from Coronavirus.

Bussa Krishna who was concerned about the US President’s health condition following his COVID-19 infection, died of cardiac arrest on Sunday October 11.

The family of the deceased who confirmed that he’s been fasting after learning about Trump’s Coronavirus infection, said he collapsed while having tea at his relative`s residence at Toopran area in Medak district of Telangana.

“He was feeling depressed for the last couple of weeks after coming to know that Trump and Melania had tested positive for Covid-19. But he was healthy and had no prior medical complications.”

A school dropout, Krishna became a farmer after his parents moved to Toopran a couple of years ago. His wife died last year while delivering a baby boy.

Krishna started worshipping the US president after Srinivas Kuchibhotla, a indian software engineer was killed by a US navy veteran in an alleged act of hate crime in February 2017.

He said at that time;

“I was very much pained at the incident. I thought the only way the US president and his people could understand the greatness of Indians is to display our love and affection towards them. That is why I started worshipping Trump with a hope that the prayers would reach him one day.”

He went on to build a six-feet statue of the US President which he worshipped. Krishna also kept a fast every Friday to pray for long life for Donald Trump. 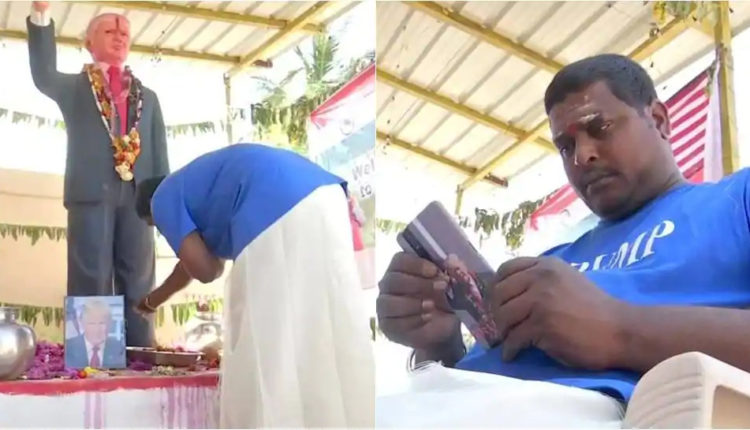