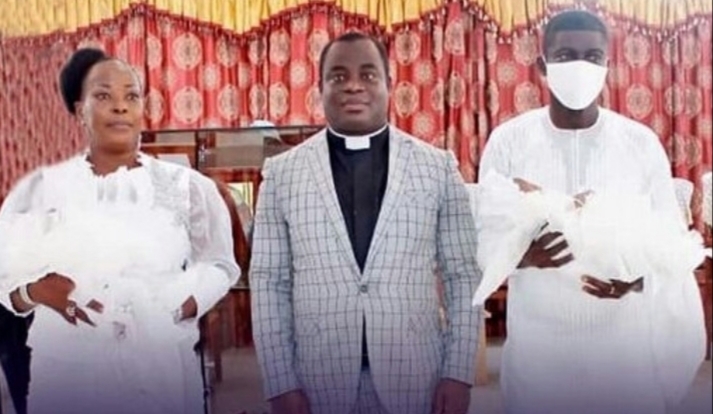 A new set of twins has been welcomed by a Ghanaian couple identified as Mr. Daniel and Mrs. Kate Anyane-Lah after 20 years of marriage.

This was made public via a testimony shared by the Church of Pentecost, Ghana on October 5, 2020.

According to the testimony, the 44-year-old wife, Kate gave birth to twins girls.

WITHIN NIGERIA learnt that Kate had earlier conceived but suffered a miscarriage in the early stages of the pregnancy barely three months after their wedding on 5th August, 2000.

It was also learnt that the couple did everything humanly and medically possible to conceive again but to no avail after she suffered miscarriage.

While narrating the humiliations they had to endure from friends, church members and family members as unbearable, the couple disclosed that they even decided at a point not to move forward whenever childless couples were called out for prayers.

The couple further disclosed that they spent a huge percentage of their income on medications for twenty years of their marriage as they hop from one hospital to another including fertility hospitals, with the sole aim of having a child.

In 2015, they were made to undergo a surgery called Laparoscopy and were promised that they will conceive within two months but it yielded no positive result. At a point, a doctor taking care of them at one of the hospitals said to them: “What else do you want from me? I have done all that is medically possible for you.”  While going home that day, Kate was nearly hit by a vehicle while standing right in the middle of the road unaware.

In September 2019 during a prayer session organised by the Women’s Ministry which was led by the District Pastor, Mrs. Anyane-Lah encountered divine grace and her menstrual cycle ceased.

Upon visiting the hospital, she was told at the first examination that it was a menopausal symptom because she was 44 years. But a test conducted later showed that she had conceived. They did not believe the report so they had to test it three more times by themselves for confirmation with a pregnancy test kit.

On 15th May, 2020, she was delivered of two beautiful twin girls. The children were christined on 19th September at Church of Penticost, Housing Down Assembly in Madina, Accra, Ghana. 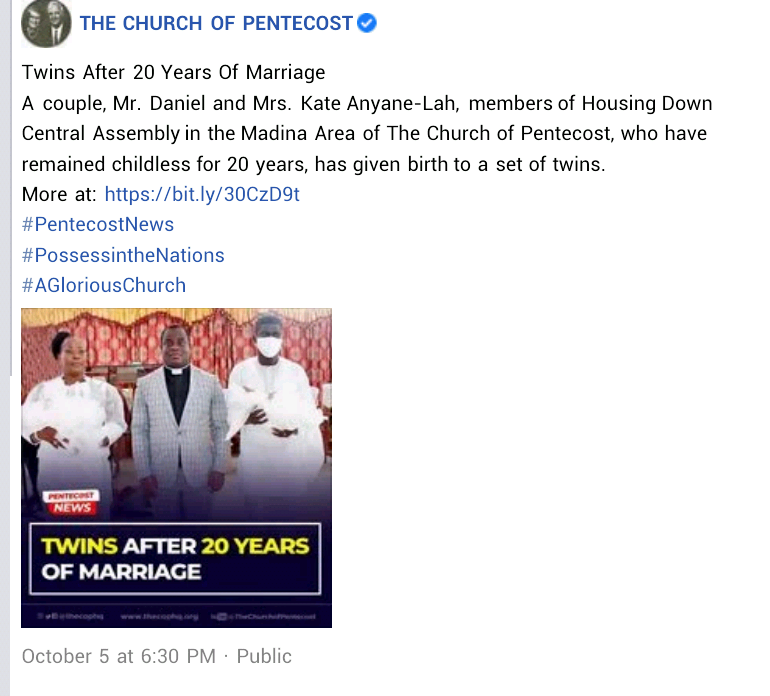 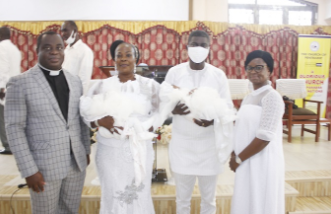