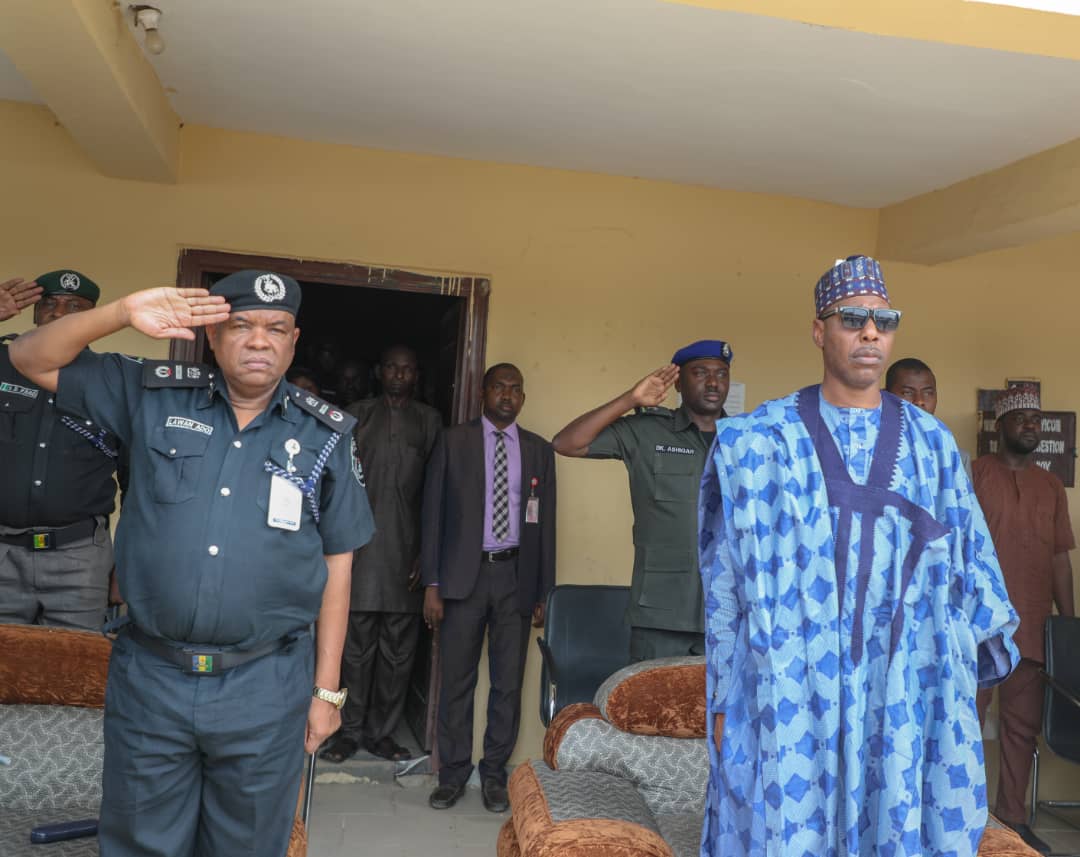 SARS: Between Gov Zulum and Hypocrisy

Yesterday, it was reported that the Borno House of Assembly honoured the State Commander of the now disbanded Special Anti Robbery Squad, SARS, police unit, CSP Ibrahim Mohammed. The SARS Commander was honoured with a plague for what the House of Assembly said was for his gallantry in the fight against insurgency in the state.

Members of the Borno Assembly from reports gleaned, said they were impressed with the way the Commander and his team had on three different occasions, 13th, 14th  and 21st July, encountered the Boko Haram terrorists at Mainok in Kaga LGA,  Auno -Jakana- Damaturu road and on the  Maiduguri-Damaturu road and engaged the terrorists in fierce battles while recovering several arms from them.

It is a good thing that the people of Borno have started acknowledging the efforts of security agencies in fighting terrorism and honouring those who have put in efforts to secure the nation. In the past, they had, save for the occasional commendations, carried on as if such efforts don’t matter.

But still, one cannot fail to notice the of hypocrisy in the so called honour given to the boss of the defunct SARS in Borno State. The honour coming at the time it did and the manner it was presented suggests there is more to the issue of the award than meets the eye. The first is the timing. Military operations have been going on in Borno State and other parts of the Northeast for more than 10 years, but no arm of the state government has deemed it fit to honour all the gallant men that have sacrificed their lives to ensure their safety until now.

Curious still, is the fact that the latest of all the three instances sited by the Borno House of  Assembly where it says the SARS encountered Boko Haram happened almost three months ago but the Borno Assembly which has been  in session all these days did not see the need to hoounur the police unit until a groundswell of opinion has been established  about their unprofessional conducts and protesters rose in their thousands and succeeded in getting the government to disband the outfit.

Another thing is that the SARS team has not been the only security agency operating in the Northeast that has done creditably well in securing the territorial integrity of the nation.
If the award does not have political undertone, other heads of agencies that have done well on fighting terrorism would have equally been honoured alongside the Commander of the defunct SARS.

It is well known that the Nigeria Armed Forces with all its components of the Army, Airforce and Navy have been engaged in military operations in the Northeast and have more than 300 instances of where it had either repelled, killed, captured or destroyed the camps of the terrorists.

The military it was that entered Sambisa Forest and pummeled the base of the insurgents and they fled leaving their weapons and emblems which were recovered and presented to President Muhammadu Buhari.
This year alone, between April and May, Nigerian troops, using both aerial and surface tactics killed over 3,000 of the insurgents, captured their weapons, arrested their top commanders and informants as well as rescued captives. But all these seem to have been lost on the Borno State Government.

Added to that, the Borno State governor, Prof. Babagana Zulum had on two occasions being saved from harm by the military yet no arm of the state government has yet deemed it fit to honour the military for its efforts.
Other agencies like the Nigeria Civil Defence Corps, NCDC, the Department of State Security Services, DSS, and many others have also made their contributions towards defending the territorial integrity of the nation as well, but at no time did the Borno State government considered them worthy of such an honour.

It would appear that since there is a nationwide protest against SARS and the Borno State Government had in the past used the unit to portray the military in bad light, all it wants to achieve by honouring the police unit is to downplay the sacrifice of the military and the other security agencies in Borno.

Otherwise, it is difficult juxtaposing how the rescue of two soldiers by the SARS would be hyped and overblown over the many instances the military had equally rescued and defended policemen.

When the insurgents overran the Mobile Police Training Camp at Gwoza, Borno State, it was the military that went in and took it back; when the terrorists sacked the police barracks at Bama, it was equally the military that recaptured it. Yet no arm of the Borno State Government ever remembers that. Rather, the Borno State Government have done the contrary, by making disparaging remarks about military operations in the Northeast.

Under the administration of President Goodluck Jonathan, elders in Borno State outrightly demanded that troops be withdrawn from the state.
The current governor of Borno State, Prof. Babagana Zulum and other state government officials even made worse allegations on the military by accusing  the military of extorting money from motorists plying the Maiduguri- Damaturu road, accusing the military of abandoning their posts at Auno, when some travellers were killed on that route and also accusing  the military of being behind the attack on his convoy at a small town near Baga.

The  Borno State Commissioner for Information,  Alhaji Babakura Jatau, had at a time also accused the military of profiting from the war against insurgency.

It is my view that since the Borno State Government or any of its agencies have  not been forthcoming in rewarding excellence, this so called honour might have been  aimed at mocking the Military. If not then what is the motivation for the award?

Since the SARS has been disbanded, the award cannot be said to be to encourage them to do more. Since the award is selective it is viewed as discriminatory on the other agencies.

Hence one cannot really fathom the motive for giving such an award at this time. More worrisome is the fact that this kind of selective treatment is capable of demoralizing the gallant troops, that have continued to make sacrifices in defence of the fatherland.
The Borno State Government and its agencies need to be more circumspect in handling issues related to security in the state.

Ainoko is a public affairs analyst and wrote from Kaduna.