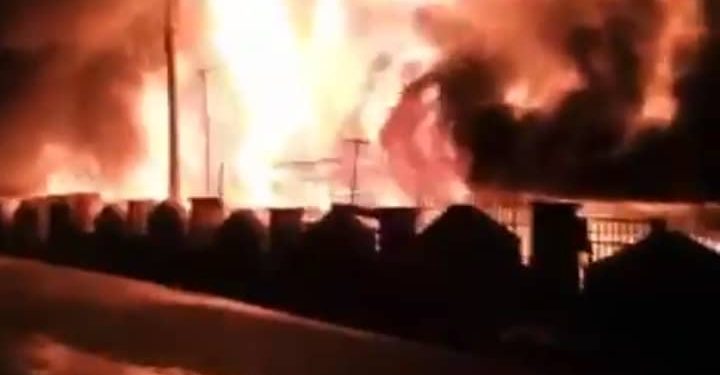 Tension in Osun community as fire is currently engulfing a post office located at MDS area in Osogbo.

WITHIN NIGERIA learnt that the fire incident broke out on Saturday night, destroying goods and properties worth millions.

As at the time of filing this report, the cause of the fire remains unknown.

A source told WITHIN NIGERIA that officials of Osun fire service and federal fire service are currently working to quench the inferno.

In a similar development, the Osun mall was reportedly looted and destroyed  by hoodlums hours before fire razed post office at MDGs.

The mall has been closed. It happened around 5pm and people were so scared. They carted away laptops and other electrical gadgets, an undisclosed source said.

All efforts to reach the Police Public Relations Officer in the state were futile as her line was not reachable.