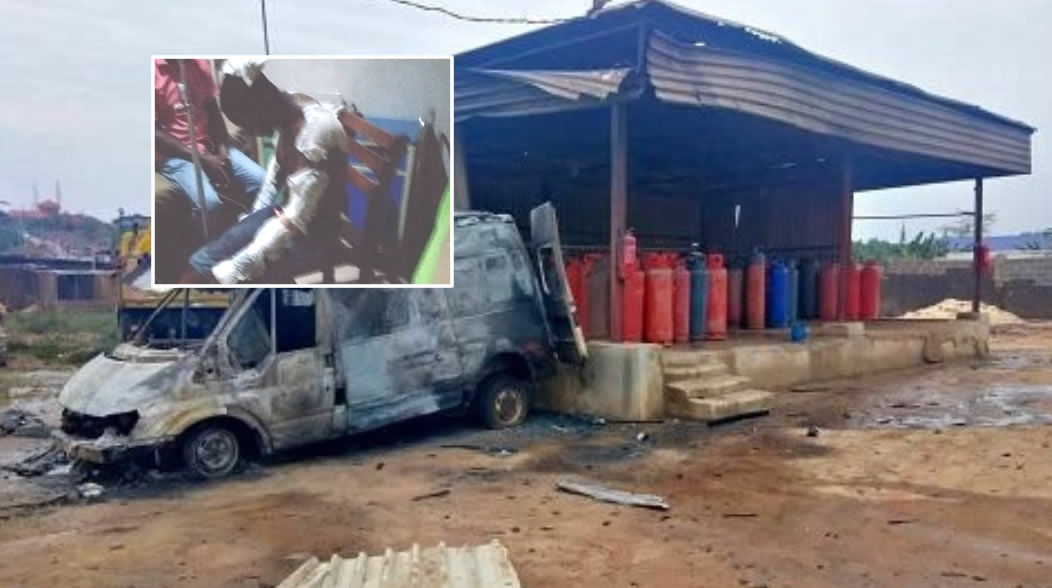 A survivor of the gas explosion that happened on Thursday evening, at Ajuwon, Iju/Ishaga road, Ifako-Ijaiye local government area of Lagos State has recounted his experience as hospital confirms driver is battling for survival with 100% burn.

According to TheCable, a survival, an event manager who was thankful for being alive with minimal burns confirmed that his boss is in a worse situation.

The victim who was rushed to Pacific Hospital, Ajuwon for treatment said, “I was driving out from the event centre when the first blast happened, I came down from the car and ran for safety, it was the fire from the blast that got to me, part of my eyes, my legs and my arm were affected too,”

“I thank God that it’s not serious more than this as my boss, the manager of our event centre got more burns than me.” He said.

Victims were taken to several hospitals, however, the victim interviewed was was among about nine people were brought in at Pacific Hospital.

About six victims of the blast including the tanker driver were taken to another hospital, Ancilla Catholic Hospital.

Speaking about the condition of the driver and others, a nurse at the clinic said, “About six people were brought in, we treated some for free while some paid certain amount for drugs, one of the victims with the 100% burn was the driver of the tanker, he was immediately referred to Lagos state teaching hospital (LASUTH) in which LASEMA ambulance came to pick him up,” .

“Some of the victims self discharged themselves after we treated them, we have only three of the patients as we speak.”