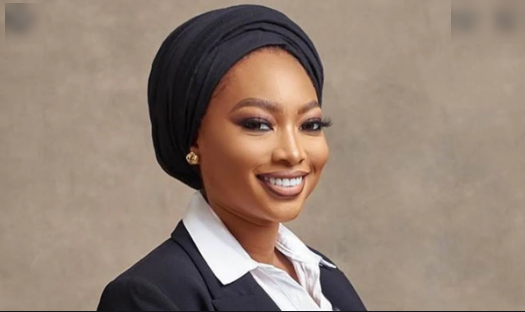 Fatima Ganduje-Ajomobi, the daughter to the executive governor of Kano state, Ganduje has lend her voice to the End SARS protest.

Fatima Ajimobi took to her Instagram page to urge everyone to get their PVC and not only vote but make sure their votes are counted.

“Vote and do not leave until your vote is counted. Follow the result en masse,” she wrote.

“Man the headquarters and let your vote count. The youth are the majority and majority rule will save our dear Nigeria. #ENDSARS #ENDOPPRESSION #FGA” she added.

On his part, her husband Idris Ajimobi urged the youths to get their PVC ready ahead of the 2023 elections.

“You have a voice that deserves to be heard so use your voice by preparing your PVC now in anticipation of 2023.” he wrote.

See the posts below: