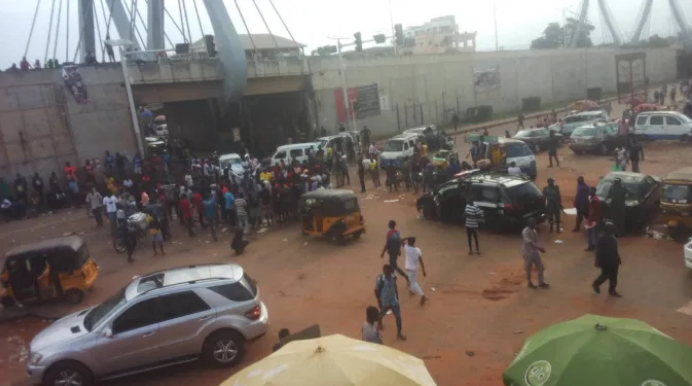 No fewer than four #EndSARS protesters in Benin City, Edo State lost their lives on Saturday to a reckless driver who rammed into protesters by Sakponba junction, of the state.

The protesters, mainly youths were protesting against brutality and extortion by operatives of the dissolved Special Anti-Robbery Squad (SARS)- a unit of the police when a speedy Toyota Sports Utility Vehicle (SUV) was said to have rammed into the group of protesters at First East Circular road by Sakponba junction, killing four persons and injuring four others.

It was gathered that the driver of the SUV (Toyota Highlander) attempted to avoid the burnfire the protesting youths had setup on the middle of the road when he suddenly lost control and rammed into his victims.

Four other protesters were also reportedly injured during the incident which occurred at about 8 P.M.

The development brings to seven the number of deaths arising from the protest in the State. Two persons were killed on Friday after persons believed to be members of the National Union of Road Transport Workers (NURTW) clashed with the protesters.

One other person who sustained injury during the clash reportedly died on Sunday morning.