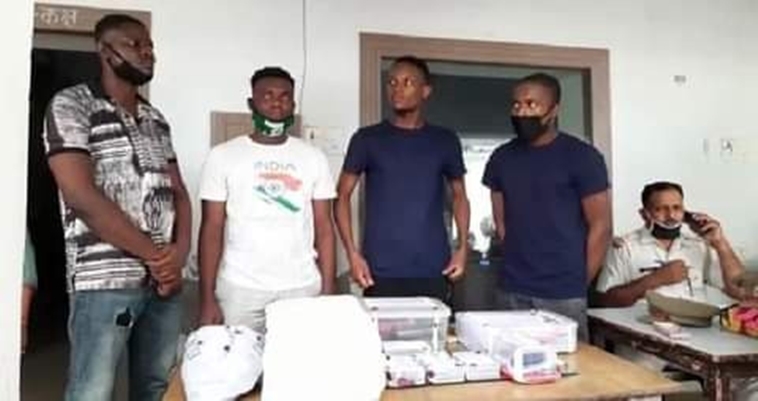 A Nigerian gang has been apprehended after reportedly duping women on matrimonial sites by posing as doctors and engineers was busted by Utta Pradesh Special Task Force police on Saturday, October 17.

The task force got a tipoff while cracking a case of a Hardoi woman, who was duped of Rs 7.5 lakh while scouting for a match on a matrimonial website in May.

“The teacher came across a man with the name, Deepak Lee of United Kingdom. On May 18, Lee told her that a gift parcel was dispatched to India and sent an international tracking number of the courier services,” said police.

The woman was told the parcel was stuck for customs clearance at Delhi airport. Later, she received a call from a woman posing as a customs officer, who demanded Rs 7.5 lakh. She was told to send the money to a bank account in Vellore, STF said.

She was then asked to pay Rs 7.37 lakh as conversion charges and IT department clearance. She got suspicious and reported the matter to police. Three other similar complaints were received from other cities in India.

DSP Pramesh Shukla said they found the account belonged to T S Ramesh, who owned a catering business and worked for a Ugandan man, Toni Davis.

“Ramesh spilled the beans and he gave details about the four Nigerians who asked him to take the money to his account in leiu of commission.

The four Nigerians confessed to the crime and said they worked for the Ugandan kingpin, Toni Davis,” said Shukla.