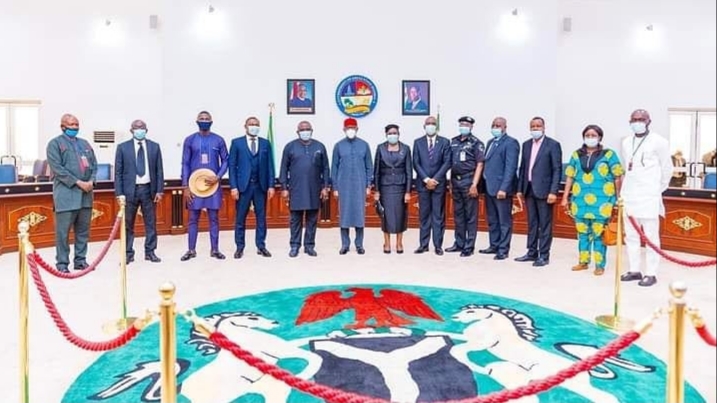 The Executive Governor of Delta state, Ifeanyi Okowa on Monday announced that the state government would establish a Special Victims’ Support Fund for the payment of monetary compensation to deserving victims of police brutality or related extra-judicial killings in the state.

This announcement was made by the governor in Asaba while inaugurating an eight-member Judicial Panel of Enquiry into police brutality and other human rights abuses in the state.

He said that the constitution of the panel was in line with the directive of the National Economic Council (NEC) headed by Vice President Yemi Osinbajo, and charged the body to bring justice to victims.

Okowa said that it was unfortunate that those empowered to protect the lives of Nigerians were killing and brutalising them, and urged the panel to unearth all human rights abuses by the disbanded Special Anti-Robbery Squad (SARS) of Nigeria Police Force and deliver justice to the victims and succour to grieving families.

He also charged the panel to evolve ways that culprits of police brutalization and killing of Nigerians would be dealt with, and expressed optimism that the enquiry would bring about total reformation and transformation of the Police Force for the good of the country.